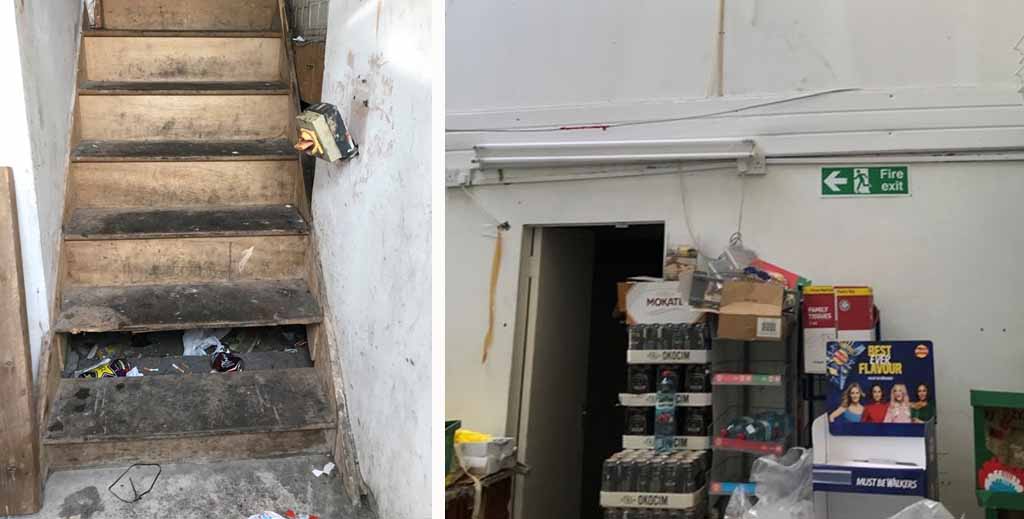 A rogue landlord who rented out an HMO where children slept in cupboards has been banned from letting houses for four years.

As we reported last March, Deepak Singh Sachdeva, of Moresby Avenue in Surbiton, was found guilty of renting out poor quality living accommodation that posed a serious risk to life, and was fined £87,000 after inspectors found some of the worst living conditions they had ever seen.

The conditions at the Bristol property are in stark contrast to the smart suburban property in South London where Sachdeva’s various past businesses have been registered, and his luxury 4×4 vehicle.

When council officers investigated his Premier shop premises on Avonmouth Road in Avonmouth, they discovered nine people in two separate living spaces above the shop’s rear storage area, with three of them, including two young children, sleeping in cupboards in the eaves of the roof.

The property was in such poor structural condition and design that it posed a serious risk to life; there was barely any fire-resistant separation between the shop store and the flat above, with the floorboards of the living accommodation clearly visible from the storage area immediately below.

Bristol City Council has now successfully applied for a banning order, which will also prevent Sachdeva from carrying out any property management work.

Council officers visited the property again in January 2021 to check on conditions and found someone sleeping in one room of the property, in contravention of a prohibition order.

He told them he was in the process of selling the lease, but the Property Tribunal heard that to date, he has failed to provide any proof that this is the case.

Sachdeva did not attend the hearing and has also not provided information about any other properties he might be renting out or letting agencies he is involved in. He will be added to the government’s Rogue Landlord Database and could face prison if he breaches the banning order.