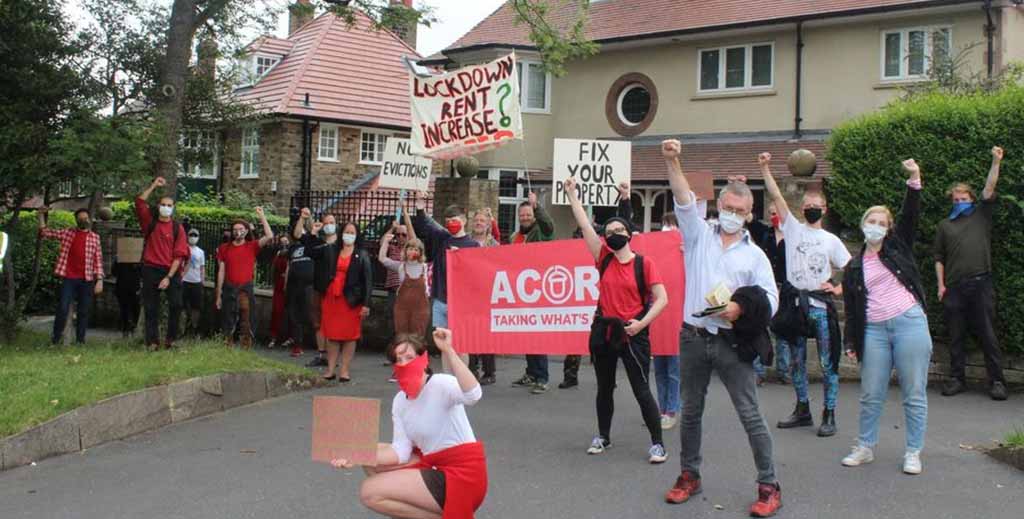 A landlord has won £100,000 in damages from tenants’ union ACORN for organising a campaign of harassment against her.

Zobia Rafique (pictured) sued for harassment, defamation and breach of data rights after a low-level disagreement with tenant Aya Hoez over the return of a £300 deposit escalated when the group got involved.

Neighbours received leaflets describing her as a ‘dodgy landlord’ and the group also delivered a demand letter to her house where they filmed her and sang Christmas carols.

In 2021, JMW Solicitors, which represented the landlord, said the campaign went on for four months and involved “noisy demonstrations involving scores of people as well as highly defamatory and incorrect posts on social media”.

The dispute started when Rafique, who rents rooms across Sheffield through her business, Century One Estates, reportedly refused to return a £300 deposit to Hoez who had signed up for a room but then changed her mind.

The Deposit Protection Service ruled in Rafique’s favour but ACORN continued to target her.

She told the Sheffield Star: “The last two years have been unbearable and frightening. I’m relieved and pleased the case has been resolved in my favour and now the harassment will stop. I also wanted to prevent this from happening to other business owners.”

A spokesman for JMW Solicitors added: “Clearly, there is a place for legal and legitimate campaigning, but the tenant’s and ACORN’s conduct seriously crossed the line.”

As part of the settlement, ACORN paid just under £100,000 in costs and damages to the landlord and her business, as well as issuing two written apologies and agreeing not to repeat the conduct.

Head organiser for the group, Nick Ballard (pictured), vowed to continue fighting for tenants’ rights. “ACORN remains committed to its mission of winning justice for and protecting its members and advancing the cause of low-income people and communities across the country,” he said. “Nothing will deter us from this.”

Leave a Reply to Will 2 Cancel reply