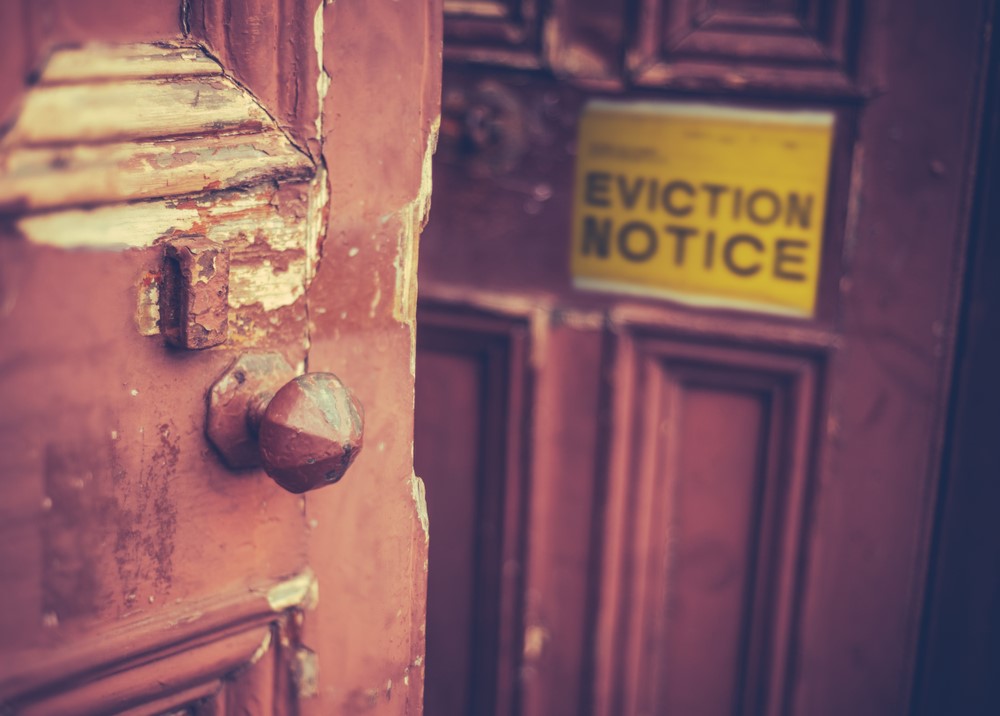 With Britain at a critical stage in the COVID-19 pandemic, facing a very challenging winter, local housing officers are predicting that some landlords will increasingly take the law into their own hands. They are using forced evictions on their tenants at a time when hundreds of thousands of households are falling into rent arrears.

Couple this with a second wave of Covid, and the rapidly approaching end of the furlough scheme, and you have a “perfect storm” developing in the coming weeks and months.

Experts are claiming that illegal evictions are already up by 50 per cent since the start of the pandemic but warn that there is much more to come as desperation amongst some in the landlord communities, sets in.

According to The Independent’s reporting, one housing officer in London came across a case where a man was beaten unconscious and left homeless, sleeping in a park during the pandemic, after he was only three days late with his rent. More commonly, the report says, locks are simply changed and a tenants’ possessions removed or stolen.

Landlords know that to evict a tenant, now that the eviction restrictions have been lifted, they must follow the legal process: serve a notice which in normal times is 2 months (Section 21), but is now because of Covid, 6 months.

Courts have a huge backlog of cases, and in any case once a landlord is granted a possession order, often there is another long wait for the court bailiffs to evict – under the present circumstances landlords faced with a tenant who is determined to stay-put could have a wait of over 12 months.

Solicitor Giles Peaker is accusing the government of failing to deal with this emerging problem by confronting the issue of increasing rent arrears. Peaker says:

“There are a number of problems with what the government has done. They haven’t dealt with the underlying issue of rent arrears at all. They’ve effectively punted the problem further down the line.”

Although judges are said to have some leeway to take into account the positions of the tenant and the landlord during Covid, Peaker believes the courts should be given further discretion to override the mandatory requirements of the law and decide whether a landlord can take possession when the tenant is in arrears. Currently, the judges hands are tied.

One tenant relations officer (TRO) Mr Reeve-Lewis, working for Safer Renting, who are working with local authorities in support of tenants facing harassment, is reported as saying he has evidence that some landlords who “wouldn’t generally be in the criminal end of the market are resorting to taking a chance out of frustration with tenants unable to pay their rent.”

Unlawful houses in multiple occupancy (HMOs) are also cited, besides rent arrears, as another major source of illegal tenant evictions. These are the sort of rogue landlords operating these already illegal establishments to be very likely to resort to an illegal eviction, with little by way of a come-back when the occupant could be living there illegally in any case.

There’s a significant minority in large cities, criminal landlords making handsome returns by cramming tenants into overcrowded HMOs. In some cases houses have in the teens of tenants sharing cramped an unsafe accommodation. That in itself is a major problem that local authorities struggle to control.

Enforcement is difficult because these landlords a “fleet of foot” and when they realise they have been discovered operating a home without a HMO licence, they will forcible evict tenants en-mass to avoid prosecution.

TRO Mr Reeve-Lewis is quoted by The Independent as saying that one local authority raid recently discovered a landlord making £5,300 a month, compared to the £1,600 he would have made if he had been renting the house legally.

“There’s absolutely no way tenants in these houses can do any form of social distancing. It’s just not possible,” said Reeve-Lewis.

Experts in the industry are blaming the Right-to-Rent checks, checks on immigrates – process that involves landlords in making specific checks on all new tenants to ascertain their right to reside in the country – for forcing some tenants with dubious residency status into the hands of criminal landlords.

These types landlord want tenants with no official ties, no paperwork, no claims on housing benefit, no written tenancy agreements and all rents paid in cash, taken without receipts, so there’s no paper trail.

Despite the prevalence of this growing problem, and despite new laws and increased fines, especially in the major cities, local authorities are still struggling to cope with these problems. Tenants under the radar are suffering, living in cramped and dangerous conditions and even violence, but often nothing is being done to help them.

Safer Renting claim that they have evidence of almost 1,000 illegal evictions in London over the past 15 months, a rise of almost 50 per cent since March when lockdown started.

Although the penalties for illegal eviction are high, those prosecuted and found guilty of this crime – and it is a criminal offence not a civil one – face an unlimited fine and a two-year prison sentence.

However, it would be a rare event that this outcome is achieved, most get off with low level fines and prison sentences are very rare indeed. This situation frustrates housing officers no end.