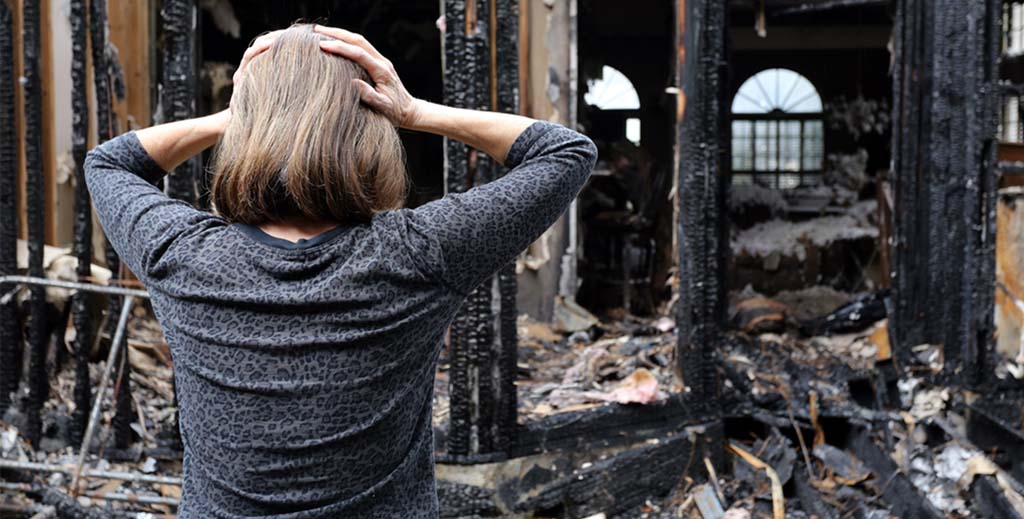 The tragic death in a house fire of a tenant who was undergoing daily care for complex health conditions, has highlighted the need for landlords to comply with fire regulations.

Neighbours noticed heavy smoke billowing from the semi-detached house and called the fire brigade. But despite the Bedfordshire fire brigade attending the fire promptly and removing the tenant, who received medical care on site, the tenant had diedy while in the property.

It was later confirmed that the tenant had fallen asleep smoking, setting the lounge alight with an unextinguished cigarette.

This sad story accentuates the need for landlords to make sure they are doing all they can to prevent a fire in their property. In October last year, another Bedfordshire landlord was prosecuted following the death of a tenant in a house fire at an HMO after a judge concluded that there were inadequate fire precautions in place – there were no fire doors and the fire detection wasn’t linked between rooms and might not even have been working.

The landlord also claimed that he believed the property had been let as a single tenancy, when in fact there were seven people living in the property at the time of the blaze.

In this case, the landlord admitted failing to take general fire precautions, putting tenants at risk of death or serious injury.

The judge commented that the landlord ought to have known who was in the house and would have done, had he carried out regular inspections. The landlord was sentenced to four months’ imprisonment, suspended for 12 months, with a fine of £20,000 and £12,000 costs.

The landlord involved in Hamilton Fraser Total Landlord Insurance’s recent claim was sadly unable to prevent the death of their tenant, despite complying with fire safety regulations.

Although it’s a situation no landlord would wish to find themselves in, at least they don’t have to live with the guilt or the consequences that they were responsible.

Steve Barnes (pictured), Associate Director at Hamilton Fraser Total Landlord Insurance adds, “Fire damage claims are among the most expensive that insurers receive. The UK average fire claim value is £19,527 and in London this rises to £51,138.

“More importantly, a fire in your property poses a significant risk to your tenants’ safety and could leave them injured, or even worse.

“It is therefore extremely important to take fire safety seriously.”

This case raises some pertinent questions – can landlords prevent their tenants from smoking in their property? And what can landlords to reduce the risk of fire?

Can landlords prevent tenants from smoking in their property?

“People might think that we rarely get called out to deal with fires that were started from smoking but, between the start of 2018 and the end of 2020, we attended 125 smoking related incidents in Northamptonshire,” says Chief Fire Officer at Northamptonshire Fire and Rescue, Darren Dovey.

Given the detrimental impact of smoking on a property, it is understandable that most landlords would prefer to rent their property to a non-smoking tenant.

In a survey carried out by Easyroommate.co.uk, 38 per cent of private landlords said they would go so far as to evict tenants who smoked inside their property.

The reality is that a judge is unlikely to grant a possession order for such an ‘offence’ unless they have breached multiple clauses of the tenancy agreement – it’s one thing asking your tenant not to smoke and another enforcing it.

The best course of action is to prevent such a situation from arising in the first place by advertising for a non-smoking tenant. Of course, there is the risk that prospective tenants may not be truthful, but this should be a deterrent to most.

What can landlords do to reduce the risk of fire?

As a landlord, you are legally obliged to provide suitable fire safe accommodation and there are a number of safety regulations that you must comply with. You must:

For more information on how landlords can reduce the risk of fires and the fire safety precautions you’re legally obliged to take, read Hamilton Fraser Total Landlord Insurance’s guide, How to reduce the likelihood of fire in your rental property.

Regulations are particularly stringent around houses in multiple occupation (HMOs), so it’s important to understand the specific regulations that apply to your property if you’re letting an HMO.