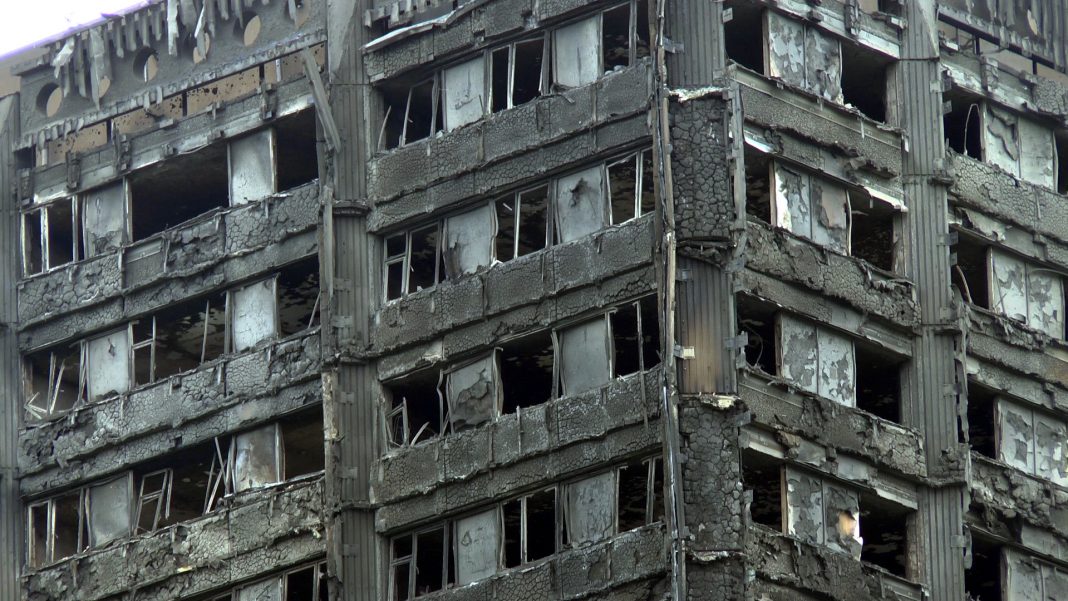 While leaseholders contemplate bankruptcy, there is growing evidence that contractors are “milking” the situation to their own advantage, says Tom Entwistle.

The Grenfell Tower fire in June 2017 revealed a scandal of unbelievable proportions affecting thousands of high-rise blocks fitted with inflammable cladding as well as other building defects and inadequate fire safety equipment.

Leaseholders – many of them buy-to-let landlords – and occupiers of residential tower blocks throughout the UK, are now, in many cases, unable to obtain mortgages or sell, and they find themselves liable to pay many thousands of pounds for remedial works. #

In addition, until the work is done waking watches and upgrades to safety equipment are costing thousands, driving people to the edge of bankruptcy.

The Government has announced (10 February 2021) £5 billion investment in building safety to fully fund the cost of replacing unsafe cladding for all leaseholders in residential buildings, but this applies only to blocks of 18 metres (6 storeys) and over in England.

The funding does not apply to the thousands of affected blocks below that height, and it does not cover the cost of rectifying other building defects, fire safety equipment, and intermediate safety measures such as waking watches.

Spiralling costs amid fears that there is huge risk aversion on the part of building inspectors, and contractors taking advantage by requiring unnecessary work, are ripping off both the taxpayer and owners of affected flats, it is being claimed.

According to Martin Lees, writing for the Sunday Times, one award winning block, previously considered completely safe, which is below the government funded height, has had a thick oak beam (see below) balcony structure condemned, the replacement of which will require a major rebuilding of the block. Conversely, a neighbouring identical building has had a similar structure passed as safe following a similar survey.

As the block is 15 metres high there is no government funding for the cladding replacement and with the remedial work piled on top the cost is astronomical, forcing flat owners to contemplate bankruptcy.

The Labour Party is questioning the reliance on private contractors to decide on necessary remediation works, suggesting a that an independent government commissioning agency be set-up to employ a team of structural engineers to inspect all the affected tower blocks and decide what works are required, commission contractors, monitor progress and sign off for safety.

Speaking for one flat owner in the award winning block, her father has said: “There is no attempt to balance the very, very low risk of fire with the certainty of complete financial ruin” – for the flat homeowners.

Fire is the first concern when wood construction in a building mentioned, but experts argue this is not necessarily a bad thing. Yes, wood burns, but there’s a great deal of evidence to suggest that mass timber is actually safer in a fire than steel.

In a fire, a thick beam of wood will char on the outside, sealing the interior and protecting it from damage. Importantly, the beam will not distort like a steel beam will.

Wood burns slowly at approximately 0.02 inches/minute and the char created on the wood surface as it burns helps protect and insulate the unburnt wood below, particularly with a hard wood like oak, and maintains the structure. This gives time for the fire services to attend and deal with the fire.

The build-up of carbon on the wood’s surface limits the oxygen supply to the wood below and acts as an insulator. Therefore, the wood below the charred level will be cool and retain 85 to 90 per cent of its structural integrity.

Steel, on the other hand, begins to distort at a lower temperature and actually melts when it reaches around 1300 degrees C, so will likely fail catastrophically in a severe building fire.