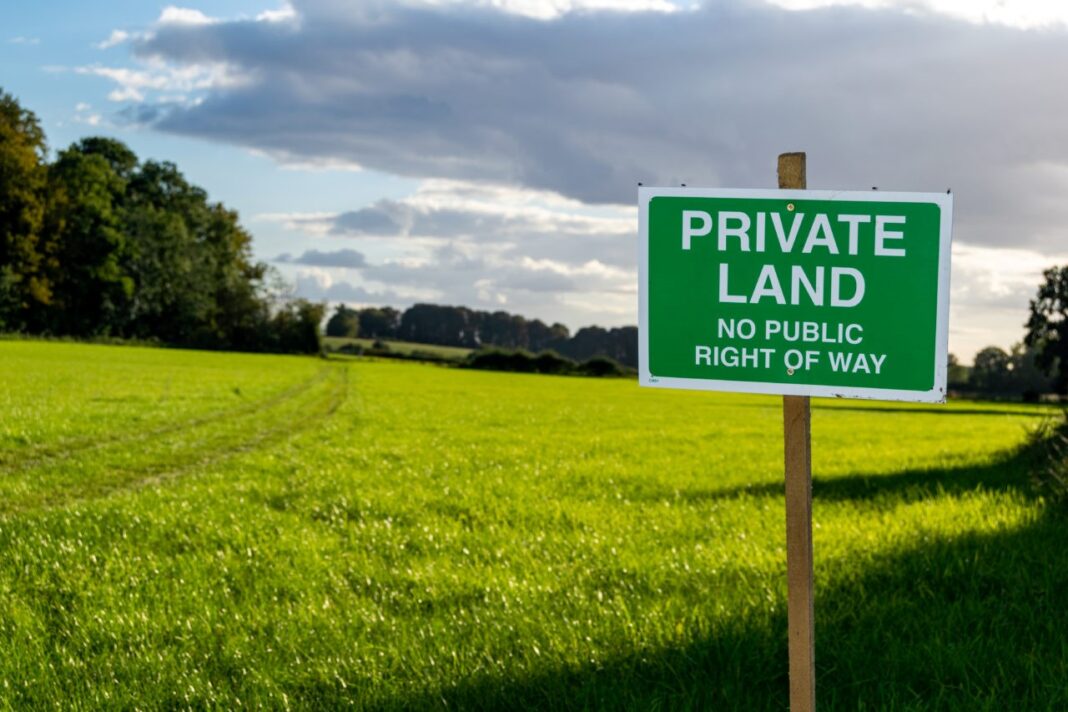 There are several options for removing unauthorised encampments from your land and not everyone seems to realise that enforcement officers can be utilised in more circumstances than you may think.

• Can only be authorised by the landowner.

• Are used to regain possession of land.

• Do not require involving the courts.

• Enforced by the landowner or enforcement officers.

• Do not provide any sanctions offence for the return of trespassers onto land.

All landowners can use their common law rights to recover land (the tort of trespass against property). This allows the person in possession of land to evict an individual from their land, seek damages for their trespass and/or seek an injunction to prevent the trespass from occurring again.

Case law has established that a trespasser who enters land peaceably is entitled to a request to leave the land before being forcibly removed, while a trespasser who has entered land with force and violence may be removed without a previous request to depart.

If the trespasser does not leave the land, the landowner may use no more force than is reasonably necessary to evict the trespassers.

Private enforcement officers may be used to carry out the eviction under the landowner’s authority. The issue of what is ‘reasonable force’ is a question of fact to be decided in each individual case, however, it must be an honestly held belief that in the circumstances the force that is used is reasonable, rather than excessive. Use of excessive force could give rise to a claim against the landowner by the trespassers.

Whenever a landowner is considering the use of common law rights, they should notify the police of their intentions so that police officers can be present to prevent any breach of the peace. If the police advise that, in the circumstances, it is inappropriate to attempt an eviction, action should always be delayed until such time as the police believe that it is safe to continue.

• Can only be used by the landowner.
• Are used to regain possession of land.
• Require civil court procedure.
• Possession is enforced by enforcement officers, where necessary.

Part 55 of the Civil Procedure Rules allow any landowner to regain possession of their land. Where the land is leased, the terms of the lease will determine who has this power – long-lessees and many short-lessees will be responsible for evictions, where they are the “person entitled to occupation of the land”.

Someone with only the right, or permission, to use the land, i.e., who does not have a controlling interest in it, for instance someone with the right to graze livestock, would not generally be able to recover possession of the land in this way if it is trespassed upon.

The first step is for the landowner to ask the trespassers to leave the land. If they refuse to do so or ask to be allowed to remain for what the landowner considers to be an unacceptable period, the landowner can then begin action against the unauthorised campers through the courts (County Court or High Court depending on the circumstances).

If the objective is to achieve eviction as rapidly as possible, the landowner should alert the court to the need for expediting the case as soon as they are aware of the encampment’s arrival.

The landowner completes the relevant documentation, including any evidence in relation to the encampment (such as photographs, witness statements etc.) and presents this to the court.

A date for a hearing is then agreed. The Court then provides the landowner with the claim form to serve on the defendants (the papers can be issued to “persons unknown” if it is not possible to ascertain the identities of the unauthorised campers).

Service of the claim form can then be made by the landowner or his appointed representative (process servers can be employed to carry this out) either by handing the claim to the unauthorised campers directly, or by posting the claim in a prominent position on the land if this is not possible.

At the hearing, the facts of the case are set out before the court. The landowner should provide documentation which satisfies the court that the landowner has a legitimate interest in the land. The court will be concerned to establish that the unauthorised campers have been dealt with appropriately before granting an eviction order but if satisfied, may grant the order immediately.

In some cases, for instance, where the defendants have attended the hearing to defend the claim, the hearing may be adjourned to allow more time for more evidence to be gathered.

If the defendant fails to leave the land by the date of the hearing and the court has agreed to grant possession to the landowner, a writ can be issued immediately.

Once a writ has been sealed, enforcement officers can then execute the writ by carrying out the eviction of the trespassers.

The police should be alerted so that they can provide appropriate advice and be on hand to ensure that there are no breaches of the peace.

After the eviction has taken place, the landowner will then regain possession of the land.

It should be noted that, where the landowner is a local authority or other public body, the necessary welfare assessments should be carried out alongside the court procedures and should be completed before any eviction is carried out.

In addition, Sections 77-78 of the Criminal Justice and Public Order Act (CJPOA) 1994 can be used by a local authority and Sections 61-62 of the same Act can be used by the police. For more information about these options, please contact us. We have not covered them in detail in this article as we are focusing on the options available to landowners generally. We would recommend liaising with your local authority and/or the police for their guidance and support where appropriate.

How Can We Help?

Contact us and discover more about how we can help you to deal with unauthorised encampments (trespassers and squatters) or to use High Court Enforcement to speed up the eviction process or to locate former tenants and recover any monies owed to you:

How landlords can beat the looming economic crisis of soaring inflation