Home Information Zero to Hero: John Howard – how it all began 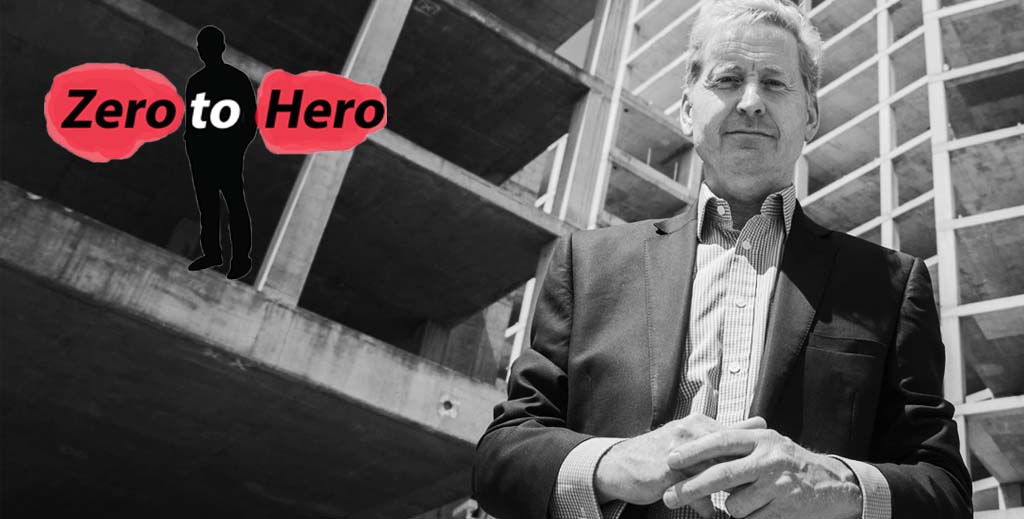 John Howard has had a lot of fingers in different property pies over the past 45 years, working his way up from being the son an estate agent to a major figure within the property industry.

As well as being a significant portfolio landlord he is also a developer and consultant, runs advice seminars, has written a book and is about to start filming his latest Property TV show called Property Graduate.

His career in property started early. He was just 11 years old when he began helping his father run the family estate agency in Felixtowe and then, when he turned 17 years old, leaving school and joining the business full time.

“It was an extremely steep learning curve – I had a bad stammer and hated making or taking phone calls, so I was unemployable,” he says.

Then, after four months, his father’s ongoing health problems put him in hospital several times and Howard was left running the estate agency and property management firm single-handed, with just a part-time secretary to help.

He says it was a baptism of fire but by the time he had turned 18 he realised the big money to be made from the sector was in property development.

“We had two clients who used to buy and sell off flat blocks of flats or large houses as individual apartments – and there were always a few at the end of the sales process that were hard to get rid of, “ he says.

“I bought two tenanted flats within a converted house off them with £2,000 from my mum, £600 from the bank and some money I’d saved up,” he says.

“I sold one of the flats for nearly the same price as both flats to one of the tenants. Everyone was happy – including my mother who bought a new kitchen with the profits.”

His father then threw in the towel with his estate agency and, after a lot of persuading, sold it to his then 24-year-old son.

“He was a lovely man but the agency didn’t have the best track record so I changed its name and for the next four years ran it as my own business,” he says.

And then his life changed after meeting Robert Boyce, whose family were building up a successful holiday property business in the UK and Europe which they still run today – Property Holiday Bond.

“Every developer needs a backer and for me that was Robert, although you have to careful you don’t become too dependent on them,” he says.

Howard says that at that time, during the 1980s, it was still hard to get any more than 50% of a development’s funding from a lender, and that he’d be delighted if the lending market returned to those day “because then I’d have a lot less competition,” he says.

“They come to us with the deals – so I no longer have to find them. The first four are under way.”

The deal that changed everything for Howard and Boyce was an apartment block the pair bought off Ipswich Council in 1986. They refurbished all the properties and then sold them off individually, making a profit of £987,450 after interest.

“If I could do that every year I would be delighted, and would be even now,” he says.

This extraordinary profit emboldened them, and the pair went off around the UK buying former council blocks.

“In 1992 we bought 350 flats within three tower blocks in the West Midlands, selling off two of the towers after doing them up, but then the market turned so we got a grant to demolish the third and build 60 houses on the site,” he says.

Such a long career in property development means Howard now has a substantial rental property portfolio which he’s trying to consolidate in the south of England where he’s based.

His long experience has also taught him one key lesson when property developing, which is to always have an out before you have an in.

“When I’m joint venturing with more inexperienced developers, I always tell that one of the criteria is that it’s got to work on a rental basis as well as sales basis – so if they can’t sell (and we want our money and profit back after 18 months) then all they have to do is refinance it,” he says.

“But that will mean renting it out, and therefore it will have to wash its face rental-wise.”

“There’s nothing wrong with that – but it’s miles away from property development” and ideal for the risk averse – but to make more substantial profits you’ve got to take risks.”

To apply to be in the Property Graduate show, contact Property TV.

“What I don’t really understand is how these property educators ask for money off their ‘pupils’ to do the deals – it’s just crazy,” he says. “These people are then lending them money without any guarantees or legal charges.

“Please, everyone out there – don’t do it. If a property educator wants to borrow money off you, it probably tells you that they are not very good. I do my seminars, but I don’t want to be associated with these kinds of property educators.”