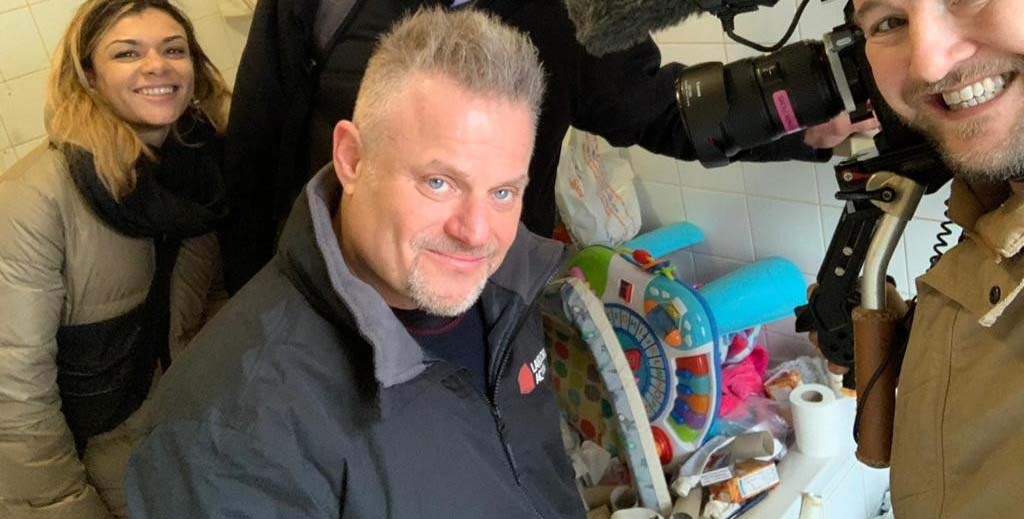 After a pause following the first episode in February, the show is to restart at 10pm today (24th June), delving into the darker side of the PRS, following stories of nightmare tenants and bogus landlords.

Series six keeps Landlord Action’s Paul busy, when he’s first called in to help landlord Lynda Lampert and her husband Barry in the process of evicting their tenant who’s £2,500 in arrears and a known hoarder, making the property a fire hazard.

Later in the series, Paul meets landlords Suketu and Minesha Patel who signed a guaranteed rent agreement with a letting agent to manage their East London three-bedroom property – but they’re now owed more than £7,000 and he’s avoiding them.

Paul challenges the agent in his office to try and get their property and money back – but the agent claims he’s the victim and it’s the tenants who’ve not been paying any rent.

In more agency Shenanigans, Paul helps landlord Juliette who originally signed up with an estate agent who then sub-contracted it on to another company.

The new company broke its tenancy agreement and handed the contract on to yet another letting agent, who put in their own tenants and Juliette’s not been passed on the rent.

But when she arrives at the property with the bailiff, she meets the tenants who have been paying the rent.

If that’s not all, later in the series our eviction champion is also faced with an aggressive tenant who’s been upsetting the neighbours and a stand-off as he serves a company with a notice to quit over £20,000 arrears.