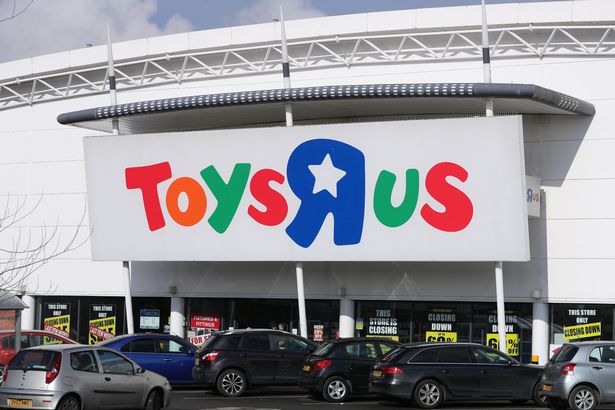 When all 106 of its stores closed in 2018 it was thought that it was the end of the toy chain in the UK. But following a successful bounce back in Canada, Australia and New Zealand, the company has announced a ‘long-term’ agreement to bring the brand back to the UK.

The winning formula down under has included online sales that could be up and running ‘over the next several months’ in the UK, while physical stores are slated to start re-opening sometime next year, and in 2023.

The once-iconic toy store, Toys R Us is returning to the UK with a new digital offer after it proved increasingly difficult in Britain, and across the world, for its physical stores to compete with online retailers.

The US headquartered company plans to reintroduce bricks and mortar shops to the UK after they collapsed amid increasing online competition. The toy stores branches in both the UK and the US closed their doors for good back in 2018, but the Canadian arm continued to trade.

Successful relaunch down under

Now, thanks to the company’s Canada stores success, and a successful relaunch of the brand in Australia and New Zealand, Britain is next in line to welcome back the iconic toy shop brand to its shores.

Chairman and CEO of parent company WHP Global and Toys R Us, Yehuda Shmidman, has said:

“We selected Toys R Us ANZ as our partner to expand into the United Kingdom because of their proven success in launching with us in Australia under the leadership of their CEO, Dr Louis Mittoni.

“Toys R Us today is a vibrant business with over 900 stores and e-commerce sites across 25 plus countries generating over $2billion a year in sales and growing, especially with the new launches underway for both the US and UK markets.”

“Tailoring our successful Australian relaunch plan to the UK echoes the success of other e-commerce ‘platform play’ businesses that have delivered growth and value due to their ability to quickly and cost effectively expand their software, processes, partner relationships and brands into new countries.

“Since Toys ‘R’ Us returned to Australia in June 2019, we have scaled quickly as customers returned to the much-loved brand and our e-commerce model has proven its success.

“My team and I are looking forward to developing technical and commercial relationships with UK-based vendors and partners and to engage with the many loyal Toys R Us former customers and fans in the UK.”

The company plans to redirect UK shoppers through to its now well established Australian online resource while the relaunching of physical stores in the UK gets underway.

The recent confirmation that Toys R Us will be expanding in the UK will be welcome news for many British landlords, former employees and shoppers.

Louis Mittoni told Retail Gazette that the brands will return in “what we refer to as ‘digital-first’ ecommerce, followed by a unique physical experiential offering”.

“The announcement of the return has been met with an overwhelmingly positive response from UK shoppers, suppliers, previous employees of Toys R Us UK and the toy and baby media,” Mittoni said.

The company says it is keen to hear from former employees and people with strong toy retail experience and a passion for toys, as the process of building the UK team begins.

Councils are blocking nearly half of shops-to-houses conversions

Will empty retail and office space lead to the next economic crisis?