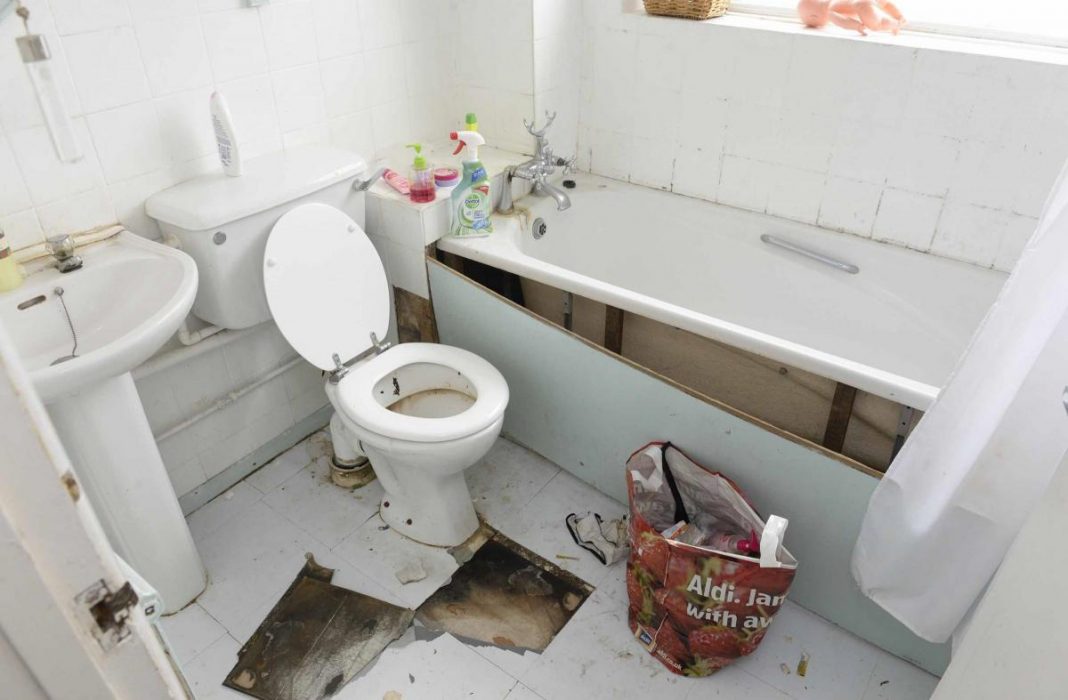 Yet another tenant from hell story demonstrates that landlording is far from the instant millionaire scenario that the popular myth perpetuates, a media peddled myth that would have all hard working landlords exploiting their innocent unsuspecting tenants.

In fact, a small proportion of tenants cause landlords no end of problems, failing to clean when they leave, failing to look after the garden and internal basic maintenance work, but far worse, sometimes trashing the property and leaving owing rent.

Experienced landlords know how to deal with these issues, but it’s no means easy, and every now and then even the best landlords get lumbered with a nightmare tenants.

Landlord, David Girtchen from Hull is a case in point. He was horrified and sickened, literally, when he saw the state of his property after his tenants had lived there – he found graffiti all over the walls and excrement (poo) smeared all over the floor.

The bathroom tiles had been torn off the walls and piles of children’s toys were strewn across a child’s room. The garage roof had holes in it, there were mountains of junk inside, as well as a stained mattresses from the house.

Mr Girtchen said his tenants had left owing him £5,000 in rent, and disappeared without trace weeks ago, but they had left their dog locked inside the house. He said they had been with him for 5 years without trouble for most of that time: “For the first few years they were fine – they paid their rent on time and nothing was a problem.

The tenants, who had three children, started to miss rent payments: “…about two or three years ago they missed a payment at Christmas and from then it has been £100 here and £200 there.”

They had not paid any rent since July and Mr Girtchen, who managed to trace them, is taking them to court over the state they left the property in. The laminate flooring needs replacing due to stains from dog faeces, which looks as though it was plastered on the floor, he said.

Having only paid a small amount of rent since last Christmas the court hearing will investigate the rent owed to the landlord as well as the state of the property and cost of repairs. Also, the RSPCA, is investigating, after taking the family’s dog into their care.

Mr Girtchen said: “I can’t understand what they thought they were doing. They have three kids in there.” I will be pursuing them for all the losses.

However, landlords need to be aware that taking tenants with no assets to court can be a waste of time and money – throwing good money after bad is a mugs game and sometimes landlords have to write off losses and move on.