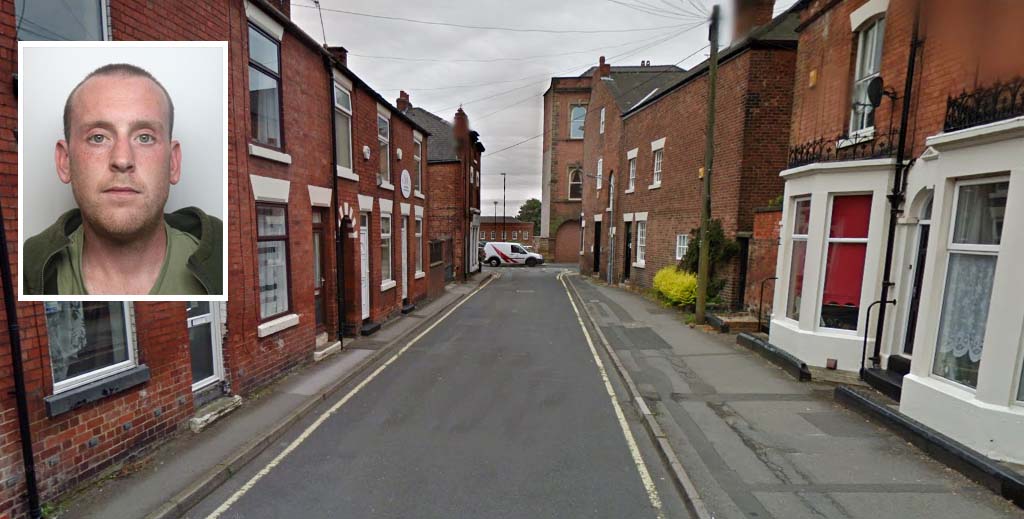 A tenant who murdered his landlord and buried his body parts, hoping they would be eaten by badgers, has been jailed for life.

Graham Snell (pictured, above) was killed by tenant Daniel Walsh last year, but although he admitted to dismembering the pensioner, has always denied killing him at their home in Marsden Street (pictured), Chesterfield, in June 2019.

Derby Crown Court heard how he had bought tools to dismember his landlord’s body and then took a taxi to a badger sett where he dug a number of holes to bury the body parts.

The jury heard how Walsh was jailed for six months in 2009 for stealing £5,000 from Mr Snell and in 2014 was convicted of assaulting him by punching him twice to the head, local media report.

On 19th June 2019, Mr Snell went to Chesterfield police station to complain that Walsh had been stealing from his bank account and asked to see a police officer.

An officer went to the address where both men lived the following morning but there was no answer and calls to Mr Snell’s mobile phone went straight to answerphone. By that time, 9.30am on 20th June, Graham Snell was dead.

Two days later Walsh caught a train to Birmingham where he tried and failed to obtain an emergency passport. He then made trips to casinos in Sheffield and arcades in Matlock Bath where he spent cash obtained from Mr Snell’s accounts after his death.

Telling him it would be 27 years before he would be eligible to apply for parole, Judge Nirmal Shant QC (pictured) said: “Graham Snell was a quiet unassuming man, well-liked by his neighbours, a private man who led an ordered life.

“Only you know what you did to Mr Snell but after you killed him what you then did over the next few days was to systematically try and get away within the murder of Mr Snell.”

Read more about tenants convicted of murdering their landlords.