Home News REVEALED: Details of how landlords will be fined for late MTD tax... 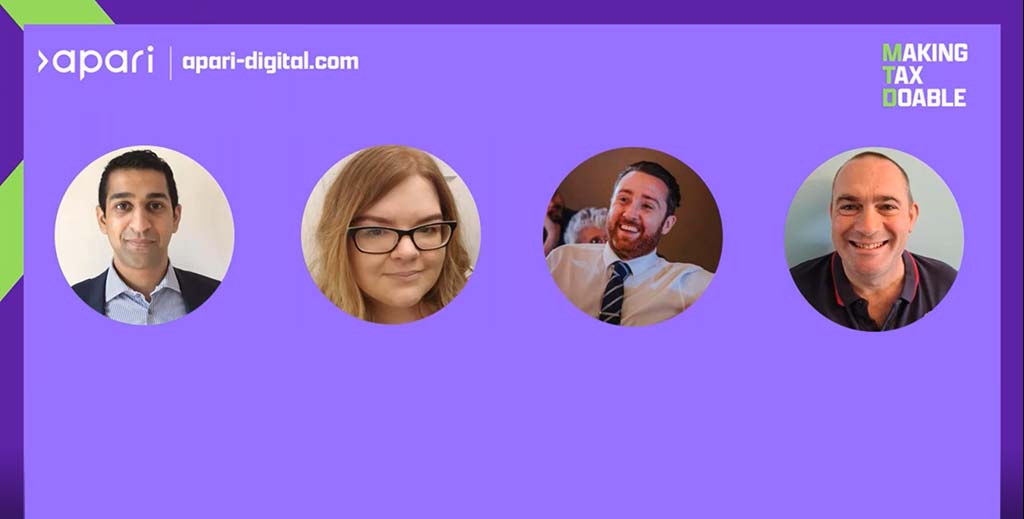 HMRC’s Make Tax Digital (MTD) initiative, which is due to become mandatory in April 2024.

This included how the quarterly digital submission regime will work and how landlords will be fined if they are late filing their self-assessment paperwork.

The online-only event was chaired by TV star Paul Shamplina (pictured) and attended by three HMRC insiders; Mel Hume, Ian Hutchinson and Jim Rogers all of whom have been involved in the five-year-long design and build of MTD.

On hand to give advice on was Anish Mehta, Managing Partner of HMRC-recognised software platform APARI which landlords can use to prepare and submit their self-assessment tax returns digitally.

The HMRC spokespeople were keen to explain the changes that landlords will face after April 2024 and reveal some of the detail as well as answer questions fielded by some of the hundreds of landlords who were watching.

“Whenever we do a webinar or other event about landlord tax it’s always one of the most popular – landlords can struggle with the challenges of self-assessment and in less than two years they’ll be new rules and procedures to deal with,” said Shamplina.

On fines, HMRC’s Jim Rogers revealed that it would be based on a points system and that landlords would only be fined if they missed all of the four quarterly submission deadlines each year.

Also, landlords will be given a month after each quarter has finished to use software to submit their paperwork.

“We realised that the first quarterly deadline would be the hardest to meet,” said Rogers.

Other nuggets revealed during the webinar included how confirmation of meeting their tax obligations will be given to landlords through software providers like APARI, not direct from HMRC.

And landlords will have to start keeping all their income and expenses in a digital form and submit this information quarterly in addition to a final end-of-year ‘Final Declaration’.

Also, it was revealed that for jointly-owned properties, each person will have to judge whether they must do MTD and if they do, APARI enables a couple to capture the income and expenses once but use it to submit two tax returns separately.

HMRC says MTD is for landlords who earn income from renting out properties of more than £10,000 a year and, although MTD becomes mandatory in April 2024, they are urging landlords to start getting used to the changes now.

They are running a pilot with APARI to get feedback and make sure that the system caters for landlords properly when it becomes mandatory.

Watch the webinar for free here.