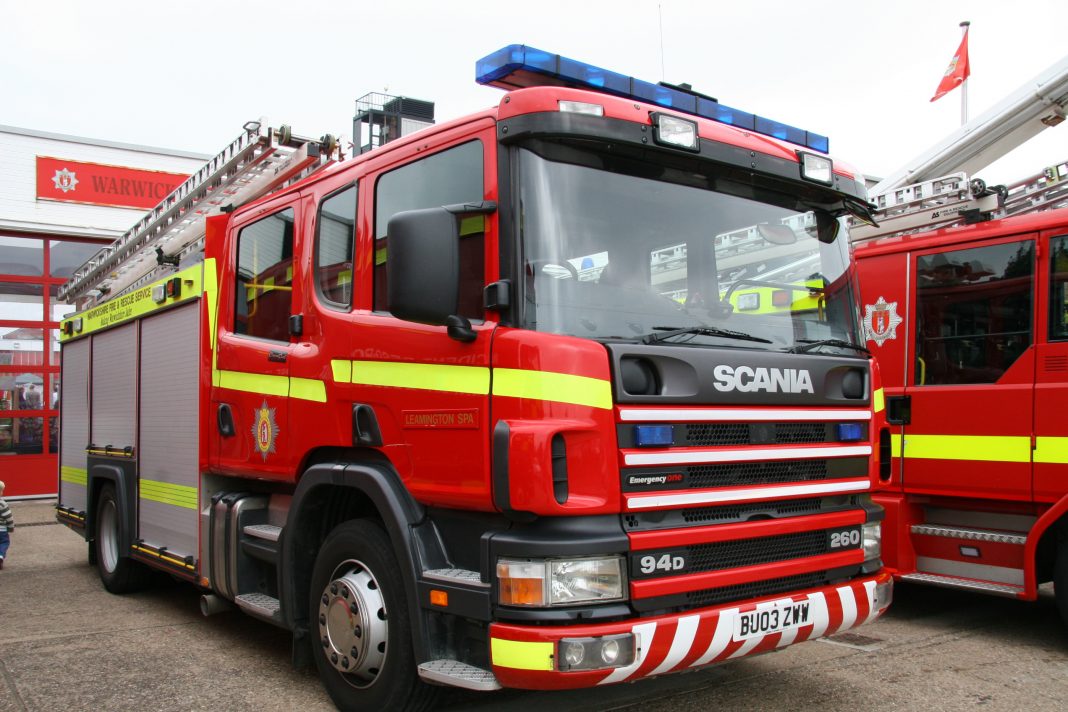 The effectiveness of having working smoke alarms was shown just how vital it is to the residents’ safety in a house fire incident. This was in a rental property in Bishop’s Castle, a small market town in the southwest of Shropshire.

Their landlord Phillip Rogers-Coltman has urged all landlords and tenants to ensure their smoke alarms are in working order by instigating a regular testing regime.

All rental properties in England must by law have at least one smoke alarm on every level of the property. The alarms must be tested and working at the start of every new the tenancy. A clause should be included in every tenancy agreement to remind tenants of their responsibility to test the smoke alarms regularly.

The luck escape came as the family were awoken by the smoke alarms and thankfully all got out safely without injury, but there was extensive damage to a first floor room and the roof of the property.

The landlord praised the swift action of the local fire service in putting out the fire, but said the real life saver were the working smoke alarms.

Six fire engines attended the late-night blaze from across the county after emergency services were called just after 12.15am.

“They were in the house when it all went up, but they had working smoke alarms so they all got out. It was burning from around midnight to about three or four in the morning.

“The firefighters, give them their credit, they got here quickly and were excellent. But the smoke alarms did better.

“The family are okay. We’ve been able to put them up in one of our holiday lets, which was empty.”

The cause of the fire is now being investigated.

“We are finding that certainly 90 per cent plus of house fires we attend have a working smoke alarm in place.

“The concern we have is that a person can become complacent.

“You do need to test them to make sure they are working.

“Most of the smoke alarms you buy now are sealed and have a battery life of five to ten years, so the problem of people not changing the batteries isn’t so much the problem.

“But they can fail and the batteries can wear down if the alarm is going off regularly because of cooking and that kind of thing.

“If you haven’t got a smoke alarm, get one. And if you have one, test it, because in this case it made all the difference.”

The above story contrasts with one from three years ago when two small children died in a rental house when an agent was blamed for not fitted smoke alarms.

The incident from February 2016, which resulted in the deaths in the Huddersfield family rental home, resulted in letting agent, Kamal Bains, being jailed for 12 months.

“This was a desperately tragic case for everyone affected by it and without doubt the boys’ memory will stay with the attending and investigating fire-fighters for the rest of their lives also.

“On the third year anniversary of the boys’ loss we want to remind landlords and letting agencies of their responsibilities to install smoke alarms on every storey of their rented properties and carbon monoxide alarms in any room containing a solid fuel burning appliance.

“Do not take the risk with people’s lives and do not think that a fire ‘will never happen’ – it could.

“If you are a private sector landlord or letting agent, then take your responsibilities seriously and take heed of this warning.”

Landlord given suspended sentence over property fires at notorious property