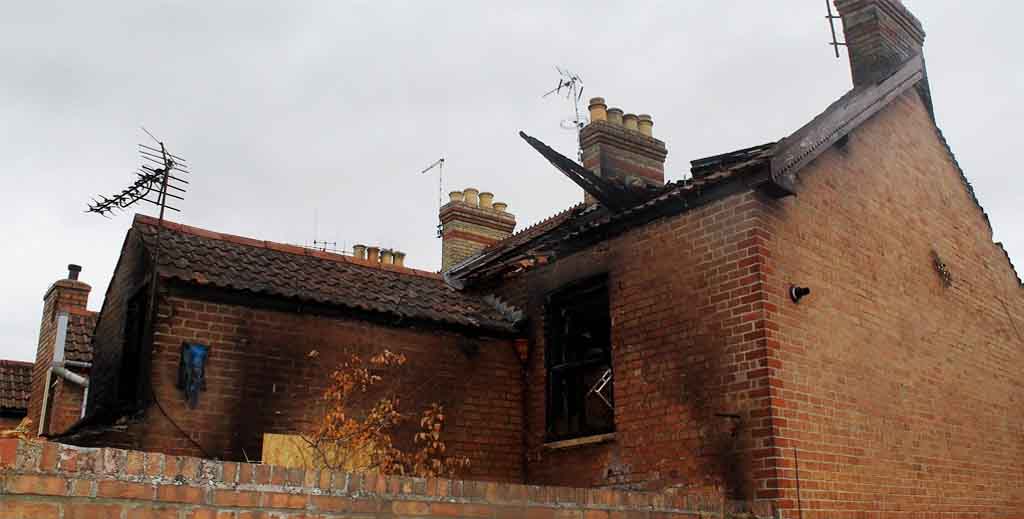 A rogue landlord who ignored requests to install fire safety features has been handed a suspended prison sentence after a fire gutted her five-bedroom HMO.

Nicola Selwood admitted three fire safety offences relating to the two-storey house in Holway Avenue, Taunton, that housed seven people but had only one smoke alarm.

Taunton Crown Court heard that she had been told by the fire service and local council to make changes as far back as 2008 but hadn’t done so, resulting in a fire which destroyed the house – formerly her family home – leaving her £100,000 in debt.

Devon and Somerset Fire and Rescue Service firefighters were called to the serious fire on 7th August 2018 where two tenants had managed to escape.

One was treated for minor burns. A fire service investigation, carried out with Somerset West and Taunton Council, revealed that the fire was accidental but that Selwood had failed to carry out a fire risk assessment.

They found that the HMO had no suitable fire warning and detection system, fire doors, or safe escape route. It also had no emergency escape lighting in case of mains electrical failure.

When previously asked to carry out the work, Selwood told council officers she was no longer renting out rooms.

However, during the investigation she admitted that within a year she had started renting out rooms again for up to seven people at a time and did so up until the time of the fire. She’d even spent money on converting the garage to provide additional accommodation.

Fire safety manager, Pete Smith, says: “It is extremely fortunate that the fire occurred during the day when most of the occupants were out. Had the fire started at a time when people were asleep, the outcome could have been very different.”

Selwood was sentenced to a nine-month prison term, suspended for 18 months.