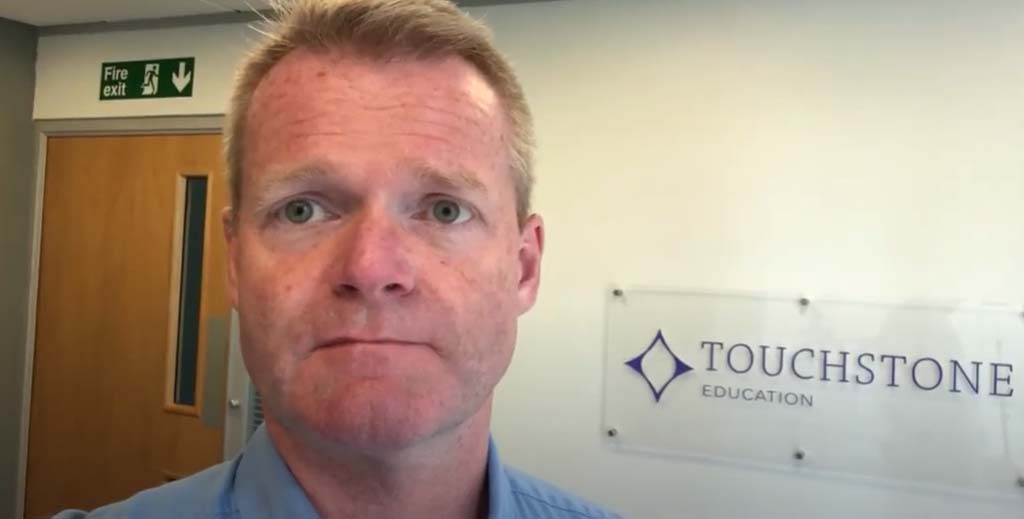 A sick woman fighting to get £13,000 back from Touchstone Education says she feels “raped” by her dealings with the property investment training firm.

The woman – who wants to remain anonymous – has appeared in a video on the Andrew Burgess Property Education Truth Seekers YouTube site, speaking about how her attempt to get a refund on the basis of ill health left her feeling violated when the firm asked to look at her medical records.

She first paid £1,000 for a Touchstone Education online course and then another £12,000 after attending a very persuasive ‘free course’ last year – which was to pay for about seven courses and a monthly meeting.

But after being signed off sick for six months with complex physical and psychological problems, her GP agreed that attending a course could seriously affect her health, and wrote to the company supporting her claim.

Touchstone Education boss Paul Smith says he can’t comment on an individual case due to GDPR rules, but that when people ask for a refund it’s better to encourage them to finish their course.

“If someone has made that decision to invest in themselves, it’s not unusual to get cold feet, and people can miss a session, and when you speak to them they are embarrassed,” Smith tells LandlordZONE. “You need to get straight back on the horse again; those people that come back, the next month are typically gold standard.”

He says that when someone says they’re too busy it’s better to help them do the full course than give the money back. “That won’t change their life, but doing the whole course probably will.”

Smith adds that this year, out of all the thousands of people it has dealt with, only five have made any kind of refund request. “Our goal is to help people become wealthy and get a positive income for property. If that person isn’t happy with my decision we invite them to take it up with the ombudsman and will help them through that process. We have never had the ombudsman find against us.”

The image used in this article is taken from a Touchstone video.

Watch an interview with the former student involved