George Osborne will declare war on nimbys when house building contractors and developers could get automatic planning permission to build on disused industrial sites in England.

And, with an overcrowded capital, says the government, London needs to expand upwards, which should mean anyone is free to build up to the level of their neighbour’s property.

Mr Osborne wants London residents to be able to build extra storeys on to their properties without the need to go to their local council planning offices for approval.

This assault on Britain’s planning rules is to be the focus of what Treasury officials have described as the “second half” of a radical budget that Osborne claims, allows the Conservatives to occupy the new “centre ground of British politics”, and creates a “new settlement between state and individual”.

This is set out in a 90-page blueprint, Fixing the Foundations: Creating a More Prosperous Nation, to be launched in Birmingham Friday 10th July by George Osborne and Business Secretary, Sajid Javid.

Currently there are quite limited rights to build extra storeys at the back of existing buildings. But some aspects of planning rules have already been relaxed, such as house extensions and the conversion of shops into residential dwellings under what is known as “permitted development rights”. This next step, building to neighbouring levels, takes the government’s drive to increase housing density in London to a new height.

The drive to build more houses will include powers to seize disused land, brownfield sites can then be developed quickly to help improve productivity. There is a theory that, according to Treasury sources, workers are more productive when they live closer to their jobs.

Under the planning rule change proposals, still to be approved by MPs, automatic planning permission would be granted on all those brownfield sites deemed to be suitable under a new “zonal” planning system.

In London and Manchester planning powers will be devolved to the mayors; while further enhanced compulsory purchase powers will allow more brownfield sites to be made available for development.

There are to be new sanctions for those councils failing to deal with planning applications quickly, and the government will intervene in a councils’ local development plans if necessary, to ensure that progressive development is allowed to take place.

Land designated as within a Green Belt area will be largely protected from development, as Business Secretary, Sajid Javid has said there was “no need” to build on green belt land to meet the government’s targets.

“The green belt can be rightly protected. There is plenty of land which is not green belt that we can build on and which is suitable for housing and we need to get on with it. We need to find new ways to encourage it.”

It is thought there will be strong opposition from some councils, including some Conservative ones, but Osborne and Javid are showing some determination to see this through:

“We have tried the carrot approach with our councils and now we need to have more of a stick,” Mr Javid told the BBC’s Daily Politics. “Whether that stick works is another matter.” 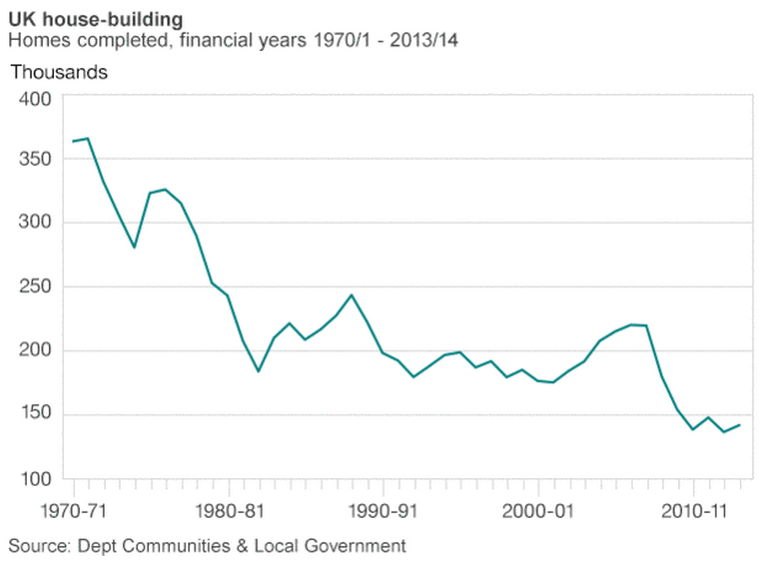 Mr Javid’s “Fixing the Foundations” package also includes proposed changes in higher education, transport, devolution of powers to cities, and trade, much of which was included in the Summer Budget. Mr Javid has pledged to get “Britain moving, building and learning”.