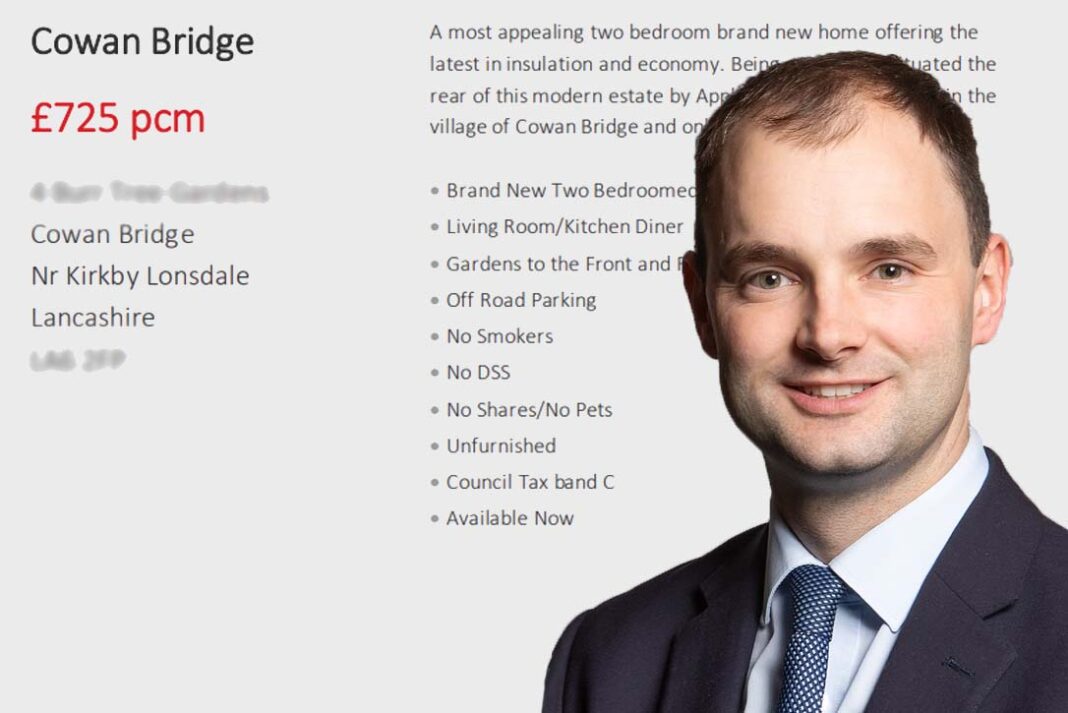 Minister for Rough Sleeping and Housing Luke Hall has today urged landlords and letting agents to play their part in ensuring discrimination against tenants in receipt of benefits is stamped out.

The minister’s comments follow news from housing charity Shelter that it has won a landmark ruling that found the ‘No DSS’ practice unfairly discriminated against a single mum-of-two with a disability, on the grounds of sex and disability under the Equality Act.

“Everyone should have the same opportunity when looking for a home and discriminating against someone simply because they receive benefits has no place in a modern housing market,” says Hall (pictured, above).

“That’s why we have been working with landlords and letting agents to help ensure prospective tenants are treated on an individual basis and that benefits are not seen as a barrier to giving someone a place to live.”

Although the government says the vast majority of landlords provide a fair and professional service, it has been working with landlords and tenant groups, letting agents and websites, and the mortgage and insurances industries to discuss how to tackle the issue of ‘No DSS’ adverts.

Major lettings portals including Zoopla and Rightmove agreed last year to stop the use of ‘No DSS’ adverts on their websites, and several major lenders agreed to remove restrictions on mortgages which prevented landlords from letting to tenants on benefits.

But the practice is far from stamped out. While the three main property portals now prevent agents from using terms like ‘No DSS’ in their adverts, the practice remains rife if you trawl through agency websites or some of the more peripheral classified listings portals.

Government will not legislate over ‘No DSS’ issue, confirms minister