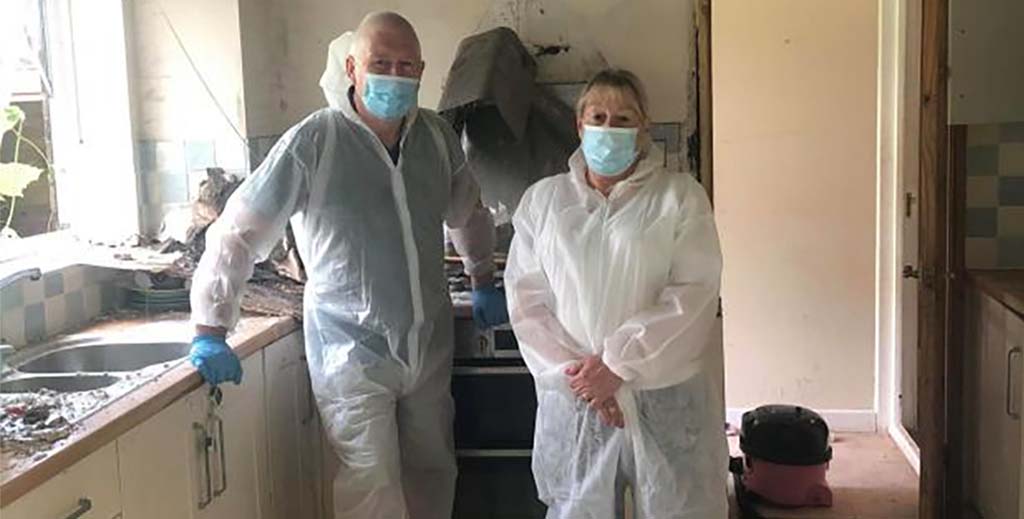 A landlord couple face a huge bill after a rogue tenant family left behind a trail of destruction, 18 months after moving in.

Sixty-something landlords Vic and Jane Shoulders had hoped to eventually move into the property in the Toothill suburb of Swindon and use it as their retirement home but the damage to the property is so great that their plans are now on hold.

They also told local media that the tenant family had only paid their first months’ rent before falling into arrears and that it took until mid-August to evict them due to the bailiff ban and other measures introduced during the pandemic.

As LandlordZONE made clear last week, many landlords with experiences similar to the Shoulders feel that while penalties are severe for rogue landlords, criminal tenants like this can hop from property to property wreaking havoc with few legal or financial repercussions.

Once their tenants were evicted, the Shoulders were horrified to find that ivy was growing inside a bathroom, a leak had been left to rot the entire kitchen ceiling, toys were found in a bedroom with faeces inside them and unopened bags of shopping were left strewn across the property.

Takeaway boxes were in every room and so far the Shoulders have removed 200 bags of rubbish, with another 100 expected.

The property will now have to be gutted and renovated which, along with the 18 months’ lost rent, will mean a bill running into ‘thousands’, the couple claim.

“It was a nice house. Now I just want to get a match and burn the whole thing down,” Jane told the Swindon Advertiser. “How can someone have lived like this?”.