Home News LATEST: Councils call for evictions ban to be extended ‘until the summer’ 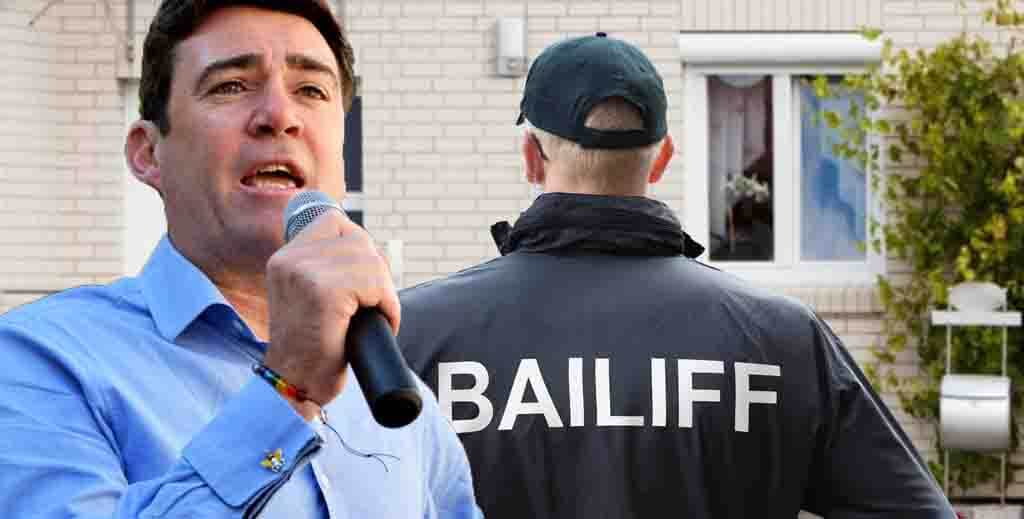 Councils around England are joining calls for the government to impose yet another extension to the evictions ban.

Greater Manchester, the Isle of Wight, Brighton & Hove and Oxford are among those warning of a potential wave of homelessness; under current rules, bailiffs can enforce section 21 notices again on 22nd February while evictions are expected to take place from 8th March.

Greater Manchester leaders want the government to ban evictions until the summer and to provide direct financial support for tenants and landlords.

They point to an estimated 16,800 households in the city-region already affected by Covid-related arrears and mayor Andy Burnham (main pic) says the homelessness system can’t take much more.

He adds: “A sudden surge in evictions will create a huge amount of pressure and I urge government to reimpose the eviction ban to protect people who are in these circumstances through no fault of their own.”

It’s urging the government to remove an exemption allowing landlords to evict tenants who had fallen behind with their rent over the past six months.

Councillor Gill Williams (pictured) says if the ban ends in two weeks’ time, the homeless prevention team will be overwhelmed.

Adds Williams: “Brighton and Hove Citizens Advice Bureau reports that the ending of private rental sector tenancies is the leading cause of homelessness in this sector and rent arrears have become one of the highest debt issues.”

Oxford Council saw a 55% fall in the number of homeless households it needed to help from April to September 2020, largely thanks to the eviction ban, says Mike Rowley, cabinet member for affordable housing and housing the homeless.

He adds: “The eviction ban has helped prevent homelessness throughout the pandemic, and it needs to be extended again – and not just until lockdown ends.”