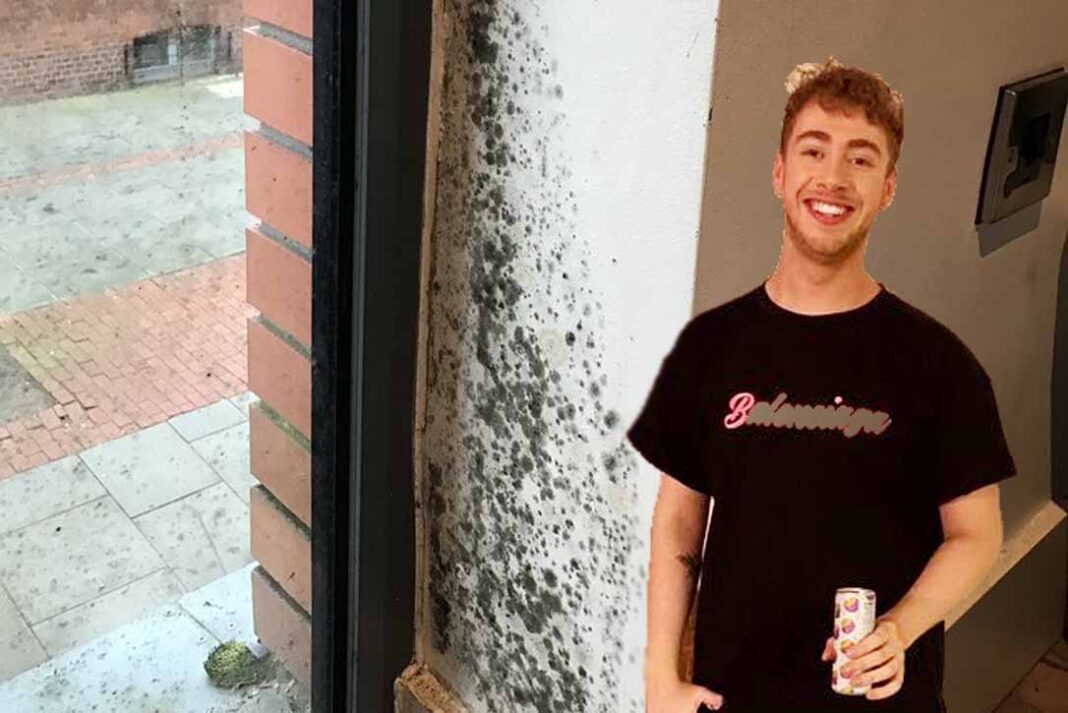 A tenant who called out his landlord’s poor behaviour on Twitter has racked up more than 150,000 likes from sympathetic social media users.

Jacques Lachetta (pictured), from Manchester, posted his exchange with the landlord from earlier this year when he asked him to sort out the mould in his flat that was covering his clothes, possessions and furniture.

When Lachetta sent him a photograph of a black cap covered in white mould, asking, “Hi, the mould in my flat is now making my own clothes and possessions mouldy. Please can this be sorted ASAP, I’ve asked so many times now”, the reply came back: “Are you sure that’s not an acid wash effect?”

Lachetta claims that the mould had caused him to end up in A&E because of his asthma, and while he eventually moved out of the property in August, he was still forced to pay rent for five months to cover the rest of the contract.

He says that he had asked for the mould – which was coating the walls – to be removed on several occasions.

A recent tweet adds: “They still haven’t ‘charged’ me for the quoted works but they’ve said they’re getting quotations, so I know I’ll have to fight it as soon as they get back to me.”

The original post gained 155,000 likes and more than 13,500 retweets, with many Twitter users shocked by the landlord’s reaction, and several sharing similar experiences.

One commented: “Did the landlord acid wash the entire apartment then? Ref. to your pics of the place… SUE HIS/HERS A**! I’m so sorry for this horrible person being a landlord!”