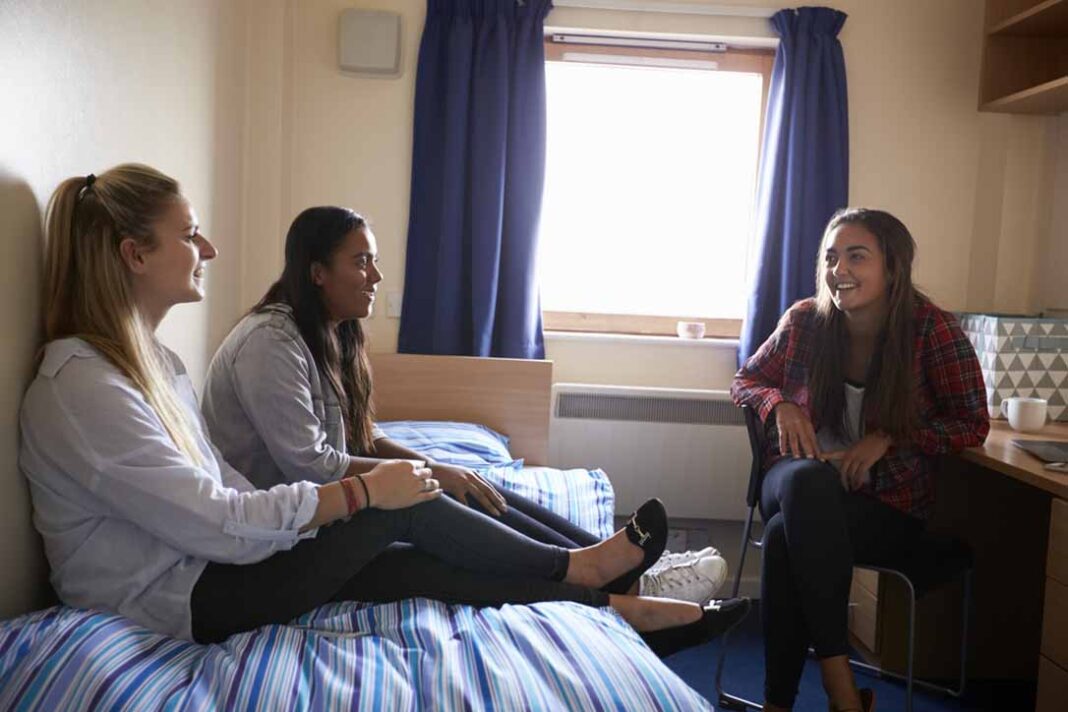 So far, it seems most students across the UK have been told to stay put, due to the Covid restrictions and to avoid physically returning to their university, certainly for the time being. There are a few exceptions to this, including those on medical, vet and teaching courses.

If you’re a student landlord and wondering how to deal with students paying for their rental accommodation, and you are wondering whether to offer rent refunds, you need to know how you stand.

Ultimately, students have no more right to a rent reduction or payment freeze than any other private tenant, and this applies to those renting from university or a private landlord provider of rental accommodation.

It’s a hard lesson to learn, but a contract is a contract: a contract is a legally binding agreement (in this case a rental agreement) between the two parties that defines and governs the rights and duties of the parties, including paying the full rent.

It can be no more justified for a tenant to unilaterally vary that agreement that it is for the landlord to do so, otherwise what’s the point in having a written agreement in the first place – it is backed by the full force of the law and the courts.

However, most landlords will take a pragmatic approach. We’re in an unprecedented situation, nothing less that one faced in wartime, so a certain amount of goodwill is called for.

As a general guide, some universities have announced that they will be providing rent refunds or discounts, particularly as they have a pastoral duty of care to their students. This is despite some universities being in a cash strapped bind themselves, but they’re more likely obligated to offer help than are private landlords.

It’s a fluid situation at this time but some of the large private providers have already decided to offer rent refunds to students unable to return to university. Student accommodation provider Unite and Student Roost have both now confirmed they will offer help.

Student landlords should contact their local universities to establish what their policies are on this, as a general steer as to how they should react.

The Prime Minister Boris Johnson announce last week that the Government in England “will have a look” at university accommodation costs to ensure students are being treated fairly, but so far nothing has been settled on the matter.

Unite Students operates 177 student accommodation blocks in major university towns and cities across the UK, and has decided to offer its student tenants a 50 per cent discount if coronavirus restrictions prevent them returning for their studies. In the case of universities, an increasing number of them have announced a total suspension of all rent payments for rooms they own themselves.

Around 50,000 students, or two-thirds of Unite Student tenants, are affected in this, if as expected to-date they will be unable to return between January 18th and February 14th. A company spokesperson for Unite has said it was “the right thing to do” after the prime minister last week ordered a third lockdown in England, pushed back most on-campus teaching until February. This will leave the vast majority of students who retuned home for the Christmas unable to return to their digs.

Cambridge, The London School of Economics, Warwick and Sheffield universities have already announced that they will not require students living in their own accommodation to pay any rent while they are not in their halls. Other institutions are following suit, with some are offering partial rebates for the periods that students stay away.

Currently the majority of students renting from private landlords will still be paying full rent, so any refunds or reductions will be based purely on the goodwill of individual private landlords. Having said that, they may come under considerable pressure to do something.

The National Union of Students is calling on the government to take action and offer financial support for all student tenants to receive full rent refunds. Plus they want a legal moratorium which would give students the option to break their contracts. Students at more than 40 institutions have been staging rent strikes in protest.

Hillary Gyebi-Ababio, vice-president of the NUS told the Financial Times (FT): “It is simply unacceptable that students are being told to not live in housing they have paid for, on public health grounds, yet are receiving no government support.”

The universities themselves are under growing pressure to offer relief to their student tenants and have called on the government to assist them by partially forgiving student loans for this academic year.

The government meanwhile has welcomed Unite Student’s move. Universities minister Michelle Donelan, has said that she “would encourage all universities and accommodation providers to review their accommodation policies to ensure they are fair, transparent and have the best interests of students at heart”.

However, two other large student accommodation providers contacted by the FT have said that they will continue to charge full rent.

Others including Campus Living Villages, with more than 11,000 student tenants, and told the FT that it would “continue to provide supportive accommodation services to all our residents” at halls that “remained open”. Sanctuary Students, a landlord with around 10,000 students has said it had “reassured” its tenants it would consider new guidance.