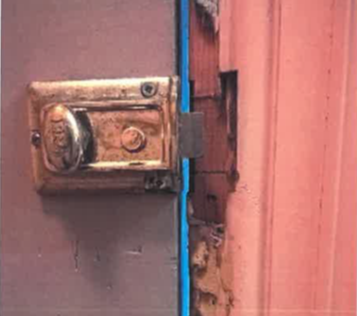 A Liverpool landlord has been handed a £20,000 fine for exposing vulnerable tenants to serious fire risks at their homeless hostel.

Step One (NW) Limited admitted five charges under the Management of Houses in Multiple Occupation (England) Regulations relating to Lower Breck House on Lower Breck Road, that houses a wide range of tenants, many of whom have suffered homelessness and substance abuse.

Liverpool Magistrates Court heard that after an anonymous tip-off, council officers discovered the HMO had 43 defective fire doors throughout the building, while the fire alarm sounders failed to meet the required decibel level, meaning that tenants might not have heard a fire alarm. Fire extinguishers also had out-of-date service records, some appearing to have had their last service as far back as 2016. Excessive use of intumescent foam exceeded the permitted amount while the cellar staircase was not adequately fire protected.

Liverpool Council told the court there had been a systemic failure to ensure the HMO was safe and adequately fire protected. District Judge Healey noted that the defects at the property had raised the risk of fire spread and fined the firm £20,000 plus costs of £4,747 and a victim surcharge of £190.

Councillor Sarah Doyle, cabinet member for strategic housing and regeneration, says the case reveals a shocking disregard for the safety of vulnerable tenants. She adds: “The landlord was taking rent for people to live in unsafe conditions and I dread to think what could have happened if a fire had broken out in the property.

“We are determined to take action against landlords if they put tenants at risk, which is why we are also about to launch a new landlord licensing scheme which will give us the tools to identify and tackle private rented properties as well as HMOs.”