Home News Hoarding: ‘One of the worst cases ever faced by a landlord’, says... 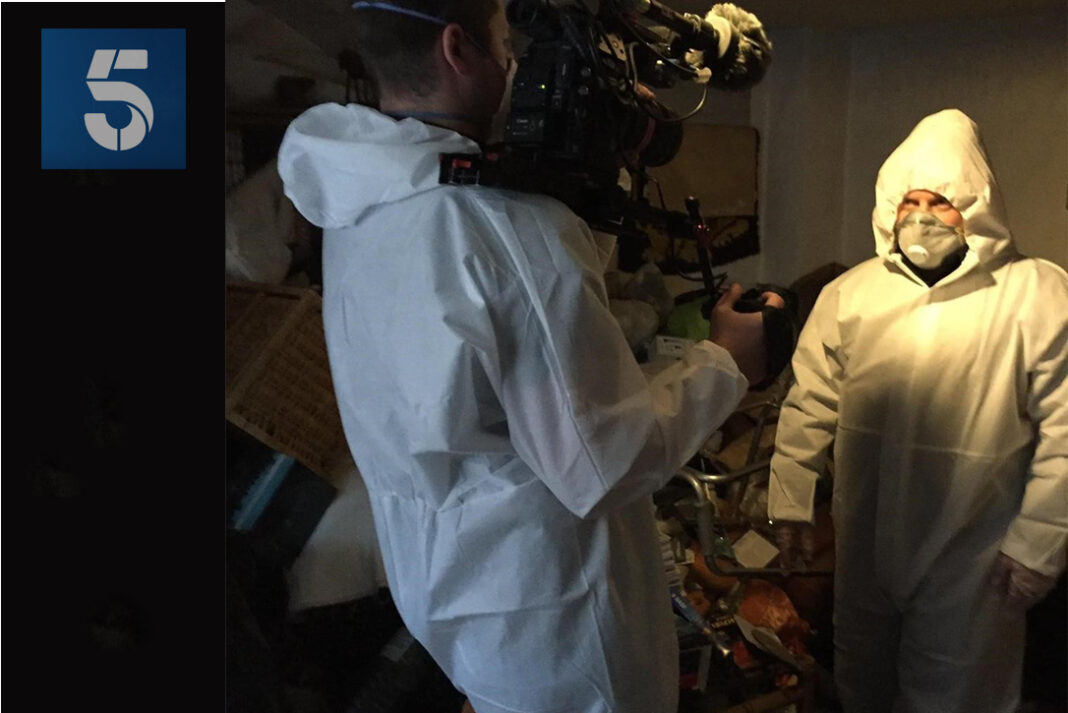 One of the most extreme cases of hoarding ever encountered by a landlord is due to be shown on Channel 5 tonight when the latest episode of Extreme Nightmare Tenants airs at 10pm,

The hour-long show highlights several unusual cases of errant tenants including a letting agent who uncovers a cannabis farm and a raid by Harrow housing officers on a former pub turned HMO that uncovers deadly weapons.

Arguably the most shocking case concerns Leslie-Anne Franklyn, a former social worker living in Cambridgeshire who bought her neighbour’s house several years ago as an investment with a rent protected tenant in-situ.

The female tenant, who had terminal cancer, refused anyone entry to inspect the property and despite legal efforts, it was only after she died that the shocking reality of her living conditions became apparent.

During the TV show Paul Shamplina is shown donning a protection suit (pictured) and mask to inspect the property and gain vacant possession, which  he says was the worst he’d seen in his 35-year career.

“The terrible thing is that the tenant had told the local council that Leslie-Anne was a ‘rogue landlord’ because the property had some minor defects, and yet she wouldn’t allow anyone to enter the house to fix them,” says Shamplina.

“When we finally entered, it was clear that tragically this woman had been living on her sofa and that, due to her extreme hoarding, the rest of the house including the toilets could not be reached – the rubbish was up to my waist.

“I will leave it to your imagination to wonder what it was like in there, but suffice it to say there were a lot of used bin liners lying around.”

Extreme hoarding of the type featured on this programme is recognised by the NHS as a disorder. The tenant featured will have, likely other sufferers, been triggered by many of the commons reason for the disorder including not having a partner, enduring a deprived childhood and severe mental health issues.

“Many people who hoard have strongly held beliefs related to acquiring and discarding things, such as: “I may need this someday” or “If I buy this, it will make me happy”. Others may be struggling to cope with a stressful life event, such as the death of a loved one,” the NHS advice page says.

Watch the programme live or on catch-up.
Find out more about vacant possession.