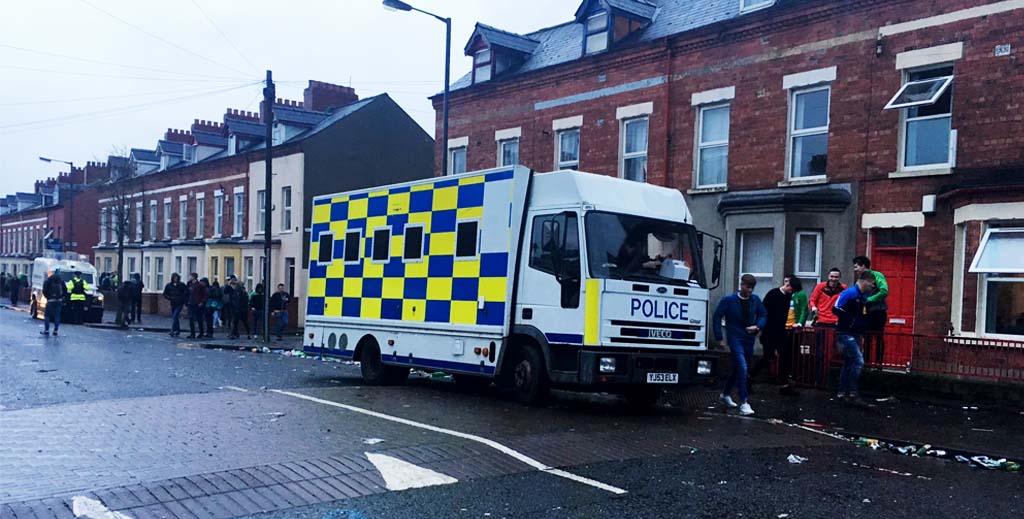 The problem kicked off in September when landlords leader Robert Greer told a BBC radio phone-in that those living in the largely student area should leave it they didn’t like students’ ‘antics’.

But after the students population returned later that month several large-scale and non-compliant street parties took place.
City of Belfast council now wants to require HMO owners to provide police and enforcement officers with a telephone number on which they can be contacted out-of-hours in case more anti-social behaviour takes place.

This has led to a war of words between landlords and the council over the measures.

“A council officer told The Belfast Telegraph: “We don’t anticipate ringing somebody every time we get a complaint. It is only where we have tried to engage with the occupiers, and we haven’t been successful.

“Nor do we expect landlords to jump into the middle of a crowd and sort out anti-social behaviour, that’s not what this is about. It’s about having that extra bit of support there.”

But local landlord Declan Boyle (pictured) says he and others provide a vital service for not only students but also a wide range of people including the homeless; single people on low incomes; victims of domestic violence; refugees and tourists.

“The vast majority of these complaints will not be from neighbouring properties, they will be from narcissistic, egoistic-driven individuals who wish to complain from somewhere 500 yards to five miles away, because there is some kind of alternative agenda,” added Boyd in his submission to a council committee hearing.

A decision on the ‘anti-social hotlines’ has been deferred until next month.