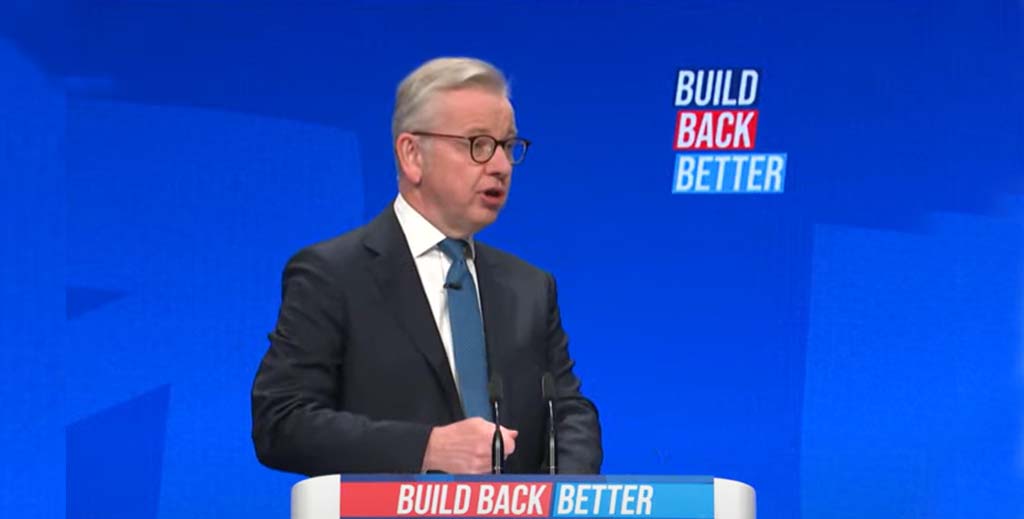 The keynote speech by Michael Gove, the new housing secretary, to this week’s Conservative party conference has revealed just how far his newly-named department has swung away from housing.

During his 10-minute speech to the main hall at the Conservative Party Conference in Manchester, over half of Gove’s speech was taken up by the levelling-up agenda while housing took up just 46 seconds before he returned to levelling up once more, commenting that ‘every department within the government is now for levelling-up’.

Gove dealt with just a few of the key housing policy areas his department is currently grappling with, but left almost all the rest alone.

But his speech omitted many other key topics vexing the housing market at the moment including the leasehold scandal, the promised reforms of the private rental market, rent arrears, evictions, pets and commercial landlords’ difficulties on the high street.

The rest of his speech at the conference sounded more prime ministerial than his predecessor Robert Jenkin’s ever did, spending the rest of his oration talking up the UK’s success including its diversity and economic success as well as the benefits of the Conservative’s devolution efforts, and laying into Labour’s economic, home and foreign policies.

He also nodded to criticism of the levelling up scheme – including voter unhappiness resulting in June’s lost Chesham and Amersham by-election – by saying that it would ‘level up every part of the United Kingdom’.