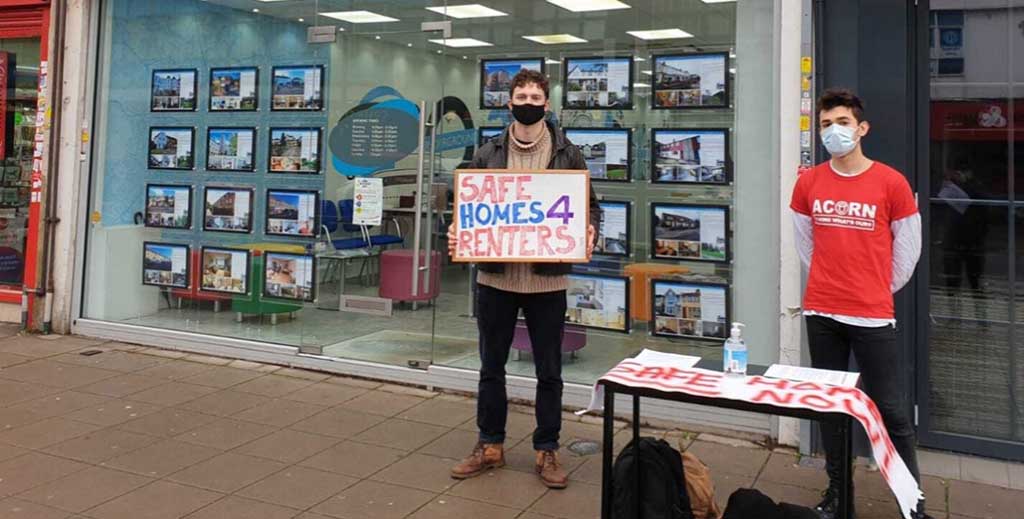 Renters’ group Acorn has promised to set up more branches in England and Wales this year to tackle social inequality and challenge errant landlords.

It currently has 25 branches and groups and has plans to expand, a spokesman tells LandlordZONE: “We are certainly hoping to have more up and running soon and throughout the year, definitely – however we wouldn’t be able to give specifics as it is up to our members to get together collectively and set up groups.”

Founded in Bristol in 2014, Acorn’s newest branch – in north London’s Haringey – has scored a win against a landlord after setting up last week.

Its first direct action, which targeted a landlord who had neglected to clear toxic mould in a tenant’s flat, involved picketers who gathered outside Homelink Edmonton to present demands on behalf of the Acorn member.

Although Homelink doesn’t manage the property itself, the Acorn spokesman says: “We wrote a letter of demands to the estate agent – after they had ignored our prior attempts to make contact to resolve the situation without direct action – and, after some negotiation with the manager, they agreed.”

Homelink confirmed that after speaking with the landlord, a damp specialist had been appointed who would install a professional ventilation system to solve the condensation issue, while the landlord would also organise cleaners and decorators if needed.

The union has vowed to keep up pressure on the landlord to ensure that all repairs are carried out swiftly and the spokesman adds: “It’s a spectacular start and a delicious taste of what’s to come in our community.”