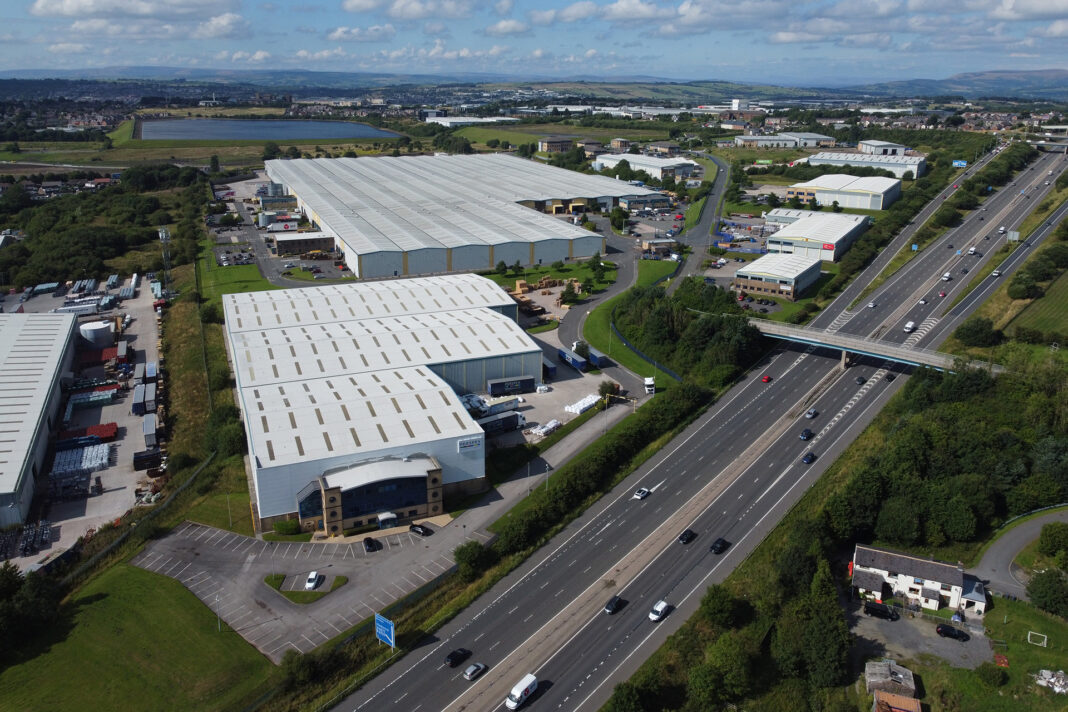 As reported by Bdaily’s Members’ News, Coventry-based commercial property agent Bromwich Hardy says that the market in key parts of the midlands is now becoming highly competitive and just as active are markets further south. Across the regions agents are finding that demand is running ahead of supply.

Founding partner at Bromwich Hardy, Tom Bromwich has said that, for example, two recent lease deals were on industrial units at Harrowbrook Industrial Estate at Hinckley. Both deals were completed in record time, indicating the strength of the market, and the huge demand for East Midlands industrial units, as the country recovers from the pandemic.

“We have recently concluded deals for our client Mileway on Unit D1, D2 and D6 and set new groundbreaking rents at the estate on both leases,” said Mr Bromwich.

“Both units are in a fantastic location, benefiting from an excellent landlord in Mileway and are in first-class condition. Unit D1 & D2, which extends to more than 15,500sq ft, had just benefited from a comprehensive refurbishment to bring it up to the highest standards, whilst the 7,500 sq ft on offer at D6 was also hugely sought after.

“In fact, we could have let either of them three times over such was the quality of the offer. The market in Hinckley is now starting to rival those further south like Coventry and Leamington, with its excellent transport links and skilled workforce helping drive demand.”

The late Blackburn Rovers owner Jack Walker built his empire on steel, as a steel merchant, and he built a rambling industrial estate south of Blackburn – the Walker Industrial Estate on Junction five of the M65 motorway – recently acquired by San Francisco-based 4th Industrial, backed by US based TPG Real Estate Partners, with $6.4bn of assets under management.

The deal was hailed as a “significant vote of confidence” in commercial property as well as the national and local economies, post Brexit and post the pandemic.

The confidence shown by 4th Industrial and TPG Real Estate Partners is seen as firm evidence of the growth in the demand for industrial space in Lancashire and the confidence show by foreign investors in the UK.

Simon Wood, head of investment at B8 Real Estate, acting as agents for the buyers, told LancashireBuisnessView.co.uk (LBV) that there was plenty of demand for the Walker industrial park, which was sold for an undisclosed sum.

“Lancashire has a vibrant industrial base which is driving demand for space all along the M65 corridor from Chorley to Blackburn. We particularly liked the Walker estate because of its excellent layout and the opportunities to add value.

“This deal demonstrates the way in which major overseas investors are increasingly willing to look beyond the M6 corridor and make significant investments in industrial areas like Blackburn. As such, it represents a significant vote of confidence in the North’s economy.”

The Walker estate with its 21.3-acre site was redeveloped by the Walker family following the sale of its steel supply business to British Steel for £330m in 1989. At the time, according to LBV, it was the largest sum ever fetched for a private company.

“The demand for good warehouse space is high. Our model is based on acquiring, adapting, and modernising commercial properties to make them attractive to new occupiers.

“All three of these properties will help us support the Lancashire economy by providing viable spaces for growing businesses in thriving locations.”

Building work has been hampered by the pandemic and more recently by bad weather. The February storms led to a hold up on building sites but the construction industry says it’s now on track for a sustained long-term recovery.

Figures from The Office for National Statistics (ONS) show that there was a 0.1 per cent decrease in construction output in February over the previous month. With storms Dudley, Eunice and Franklin, having a big impact in the north. They caused disruption that was untypical for the time of year, prompting the complete closure of construction sites with overruns and delayed progress on projects.

Beard Construction finance director Fraser Johns has said that there are long-term signs of recovery, demonstrating “the resilience of the sector”.

The next big challenge would appear to be supply issues and increasing prices. Gareth Belsham, director of national property consultancy and surveyors Naismiths, told LBV that the latest data painted a picture of the industry “on the eve of war”, referring to the Russian invasion of Ukraine in February. Since then, the industry has seen the impact of the ongoing conflict along the global supply chain, he said.

“Construction is highly reliant on global supply chains for building materials, and the imposition of tough sanctions on Russia following its invasion of Ukraine is now disrupting the supply of key materials, including steel and timber,” Mr Belsham said.

Last week the Construction Leadership Council said building material suppliers were issuing quotes that were valid for only 24 hours, “as fears of inflation rattled the industry.” This has been attributed to both the Russian invasion and the pandemic.