The Treasury is to have consultations with the Bank about whether it needs new powers to constrain buy to let lending at a time when competition between lenders is leading to a sales bonanza. 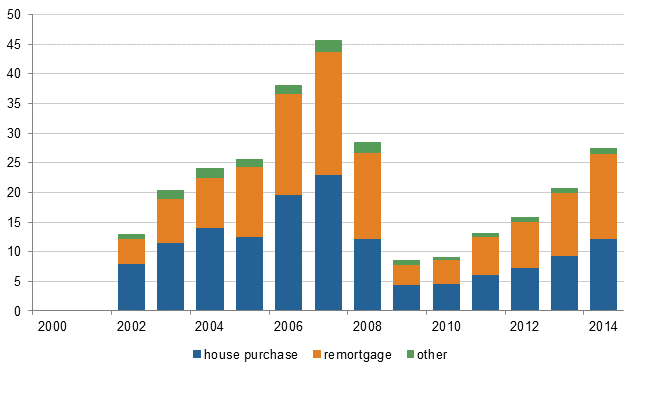 CML market data shows that, despite the overall strong growth of buy-to-let over 15 years or so, the sector experienced a sharp contraction in the aftermath of the financial crisis. Since then, buy-to-let has seen an even stronger recovery than the wider market, as the chart above shows.

Mr Osborne and Mr Carney both expressed concerns about the growing debt outstanding on buy to let loans and the potential risks to the banks if there’s another sudden downturn. It poses a threat to Britain’s recovery Mark Carney has said.

If they follow through with their plans it could make it more difficult for thousands of people with plans to become buy-to-let landlords.

Previously Mr Carney had asked for “additional powers” to control buy-to-let mortgages at the time of the July Summer Budget, and the Treasury had promised to consult with the Bank on the matter.

In previous moves on curbing mortgage lending the BoE now limits bank lending on owner occupier loans so that in total no more than 15 per cent of residential mortgages are given to people borrowing more than 4.5 times their income. Banks and lenders are also required to strenuously “stress test” a borrowers’ ability to repay.

However, these rules were not applied to buy-to-let mortgages. But given that they now represent around 17% of all mortgage lending, their potential risk to the financial system has grown considerably, hence the concerns and the desire for more controls.

Appearing before a Treasury select committee Thursday, Mr Osborne said he had now “granted those powers” to the Bank.