Home News Anti-social behaviour is a nightmare for landlords to deal with especial during... 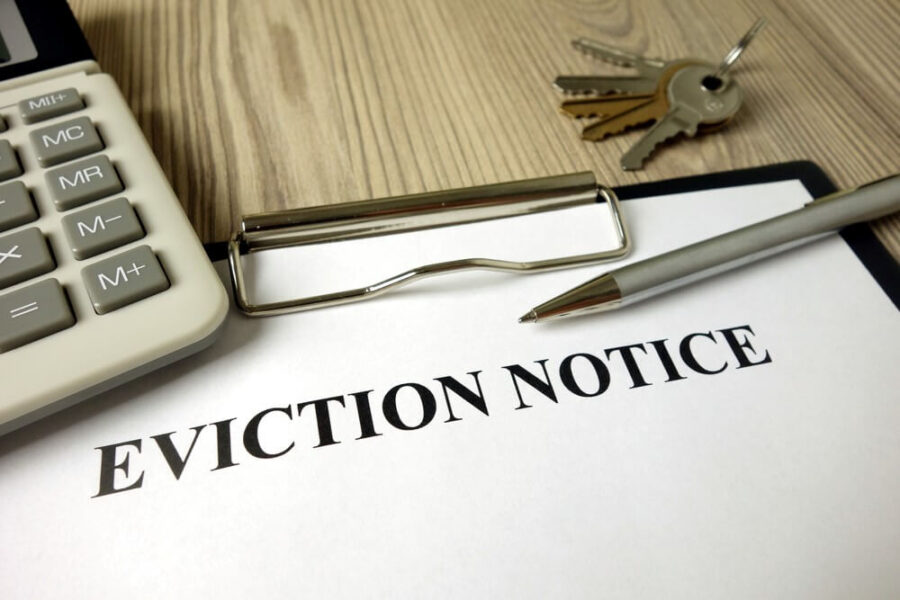 Problem tenants are difficult to deal with for landlords at the best of times; during a pandemic with extra legal protections in place for tenants it’s even more difficult than ever. Despite the government introducing an exception to the additional protections, a fast-track process for repossession cases featuring antisocial behaviour, the process is still likely to be long and arduous.

In one recent case in Burnley, Lancashire, things got so bad the police had to obtain a “closure order” on a property which resulted in the tenants being forced to vacate their home.

It was left to officers from the town’s neighbourhood policing team to obtain the notice after months of complaints from other residents in the area. But it took at least 6 months of complaints before any action was taken, and only then with the additional influence behind it of police application, was a notice issued.

Landlords faced with anti-social behaviour or nuisance are more often than not on their own in a battle which is hard fought and won. The courts need to see a strong “water tight” case to issue such an order, so usually the bad behaviour must persist over a long period in order to gather enough evidence to evict on these grounds.

Landlords faced with anti-social behaviour need to build-up a record of incidents which affect neighbours and other tenants. So, keeping a diary of events, getting hold of witness statements from those affected, plus police reports of criminal activity and police call-outs is that all-important evidence to support such an application to the courts. Inevitably, this takes time.
What is classed as anti-social behaviour?

Generally defined in English law as, “behaviour by a person which causes, or is likely to cause, harassment, alarm or distress to persons not of the same household as the person,” it can drive those affected to distraction and cause serious mental distress.
Clearly, it takes many forms: anti-social behaviour varies in degree, and this is the difficulty landlords and the courts have, deciding exactly what is and what is not acceptable, and if a warning would be sufficient to curtail the behaviour – the courts are very reluctant to deprive people of their homes.

Common examples of anti-social behaviour range from occasional noisy parties to those on a very regular basis with large number attending, excessive noise from shouting and music, graffiti, refuse littering, vandalism, right through to criminal activities such as drug taking, dealing and prostitution.

What can landlords do to deal with the problem?

There is not a great deal landlords can do in the short-term once these problems arise apart from initially diplomatically speaking to offenders and trusting they will see sense and realise the distress they are causing others. But sadly, offenders often don’t see sense or reason, they don’t care if they offend others.

Landlords should start to diaries every incident and every contact they have with offending tenants summarising conversations they have with them. They should also start to gather evidence from neighbours and log police reports.

Of course, thorough pre-tenancy assessments are vital tools in the landlord’s letting process to try to eliminate bad tenants, but given enough time and enough tenants on a landlord’s books, and there’s always going to be the odd rogue tenant that will get through, no matter how good the checks.

Minimising the effects of bad behaviours

Having properties which have good soundproofing, which also usually means good insulation as well, particularly in flats, is one good way to minimise disruption to others from noisy tenants. Tenancy agreements should contain specific clauses about anti-social behaviour, which can be relied on in court, about noise and other unwanted behaviours.

Tenants causing nuisance or any forms of anti-social behaviour should be given a formal warning in writing, in letters, in letters before action and ultimately a section 8 notice under the Housing Act 1988 before any court action is contemplated.

Landlords are not obliged to take action against tenants when causing a nuisance to neighbours and are in breach of their tenancy contract, and they are not generally not liable for nuisance tenants. However, if the landlord persistently fails to take all reasonable steps to stop bad behaviour, then the landlord can become partially liable with the tenant.

When landlords are faced with these problems, they should try to involve the local authority housing department as back-up and evidence, and involve the police where necessary.

Grounds for eviction for anti-social behaviour

Courts expect landlords to treat eviction as a last resort after all other means of correction have been tried. Landlords with problem tenants should seek legal advice and also consider using the services of an eviction specialist such as Landlord Action.
Rule changes for repossession in cases of anti-social behaviour in the pandemic?
There have been frequent changes in the law in the last few months as to the amount of notice tenants must be given. From 29 August 2020, where a landlord is relying on ground 7A under Section 8 of the Housing Act 1988, relating to serious anti-social behaviour, landlords currently need to provide four weeks’ notice where it is a periodic tenancy, or one month notice if it is a fixed term tenancy.