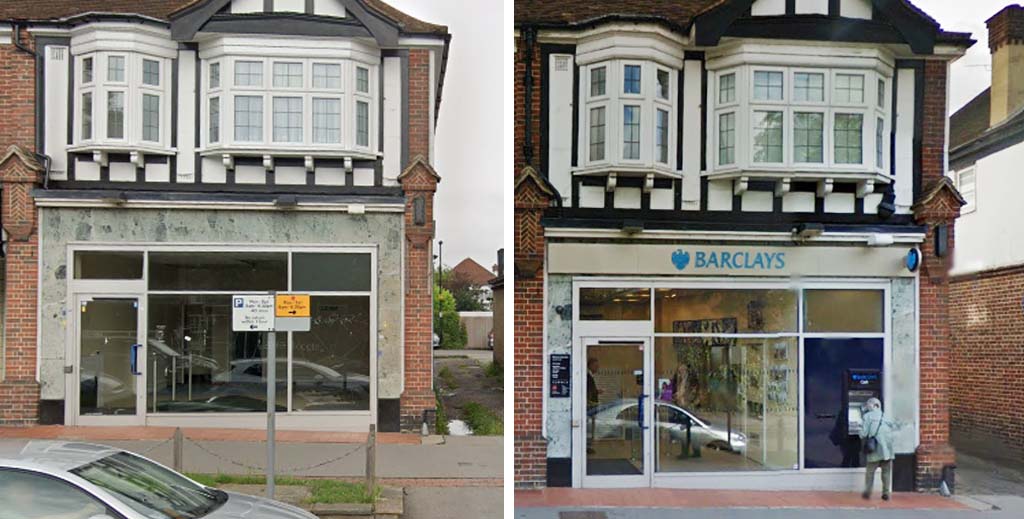 A rogue landlord who let out a former bank vault as an illegal and dangerous flat has been fined and banned for failing to apply for a license and breaking a council prohibition order.

Anthony Roy Roe, 54, of Lower Armour Road in Tilehurst, Reading, has now been convicted at Croydon Crown Court and added to the Mayor of London’s rogue landlord database.

Croydon Council also hopes to add him to the national rogue landlord database.

When they visited the basement flat – a converted vault in a former Barclays bank branch – inspectors found there was no fire escape route except through the kitchen, a lack of natural light because there were no windows in the living room or bedroom, and no natural ventilation.

Unfit to live in

The flat, in Station Parade, Sanderstead (pictured), was classed as unfit to live in and the council issued a prohibition order.

But officers found it was still being rented out after Roe’s appeal was dismissed in August that year. He was convicted in his absence of breaking the order and failing to license the property through the landlord licensing scheme, ordered to pay a £2,640 fine for breaking the prohibition order, the council’s full costs of £6,624, and a £170 victim surcharge.

Councillor Jane Avis (pictured), cabinet member for homes and gateway services, says: “This flat wasn’t just an unsuitable place to live, it was an illegal and potentially lethal firetrap, so I’m glad the tenant flagged her concerns to us.”

Croydon’s scheme, set up in 2015 to raise housing standards in the private rented sector, expired last autumn and the council has applied to MHCLG for permission to renew it.

Will it get the green light? Croydon Council approves bid to continue huge licensing scheme