Home Information The Story of “Landlording” – a brief History 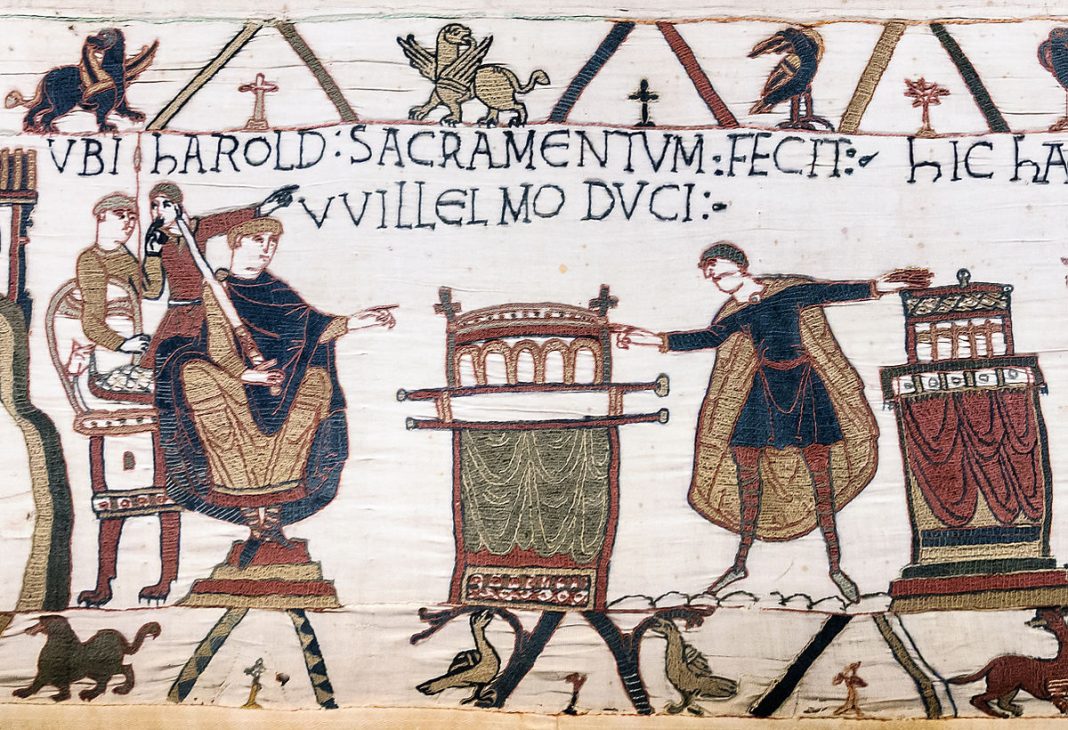 Property law in England and Wales has its roots in antiquity.

Statutory rules always over-ride all other laws. Despite many preferring the slow and incremental process of common law decisions, judge by judge, case by case, seemingly endless statements and new rules increasingly pour out of Parliament. Under the English legal system tenancy laws are a curious mixture of the law of contract, property laws, and statutory rules.

Renting (or letting) is based on a contractual arrangement whereby a tenant occupies and gains a “legal interest in land”, exclusively for a specified period of time, usually in return for the payment of rent.

Before WW1 most people in Britain rented their homes, farms and business property. This situation changed dramatically for housing over the course of the 20th century, until at the lowest point only around 7% of the population rented their homes in 1991.

Total security of tenure for residential tenants and rent controls in England and Wales, and consequently very low returns, made letting residential property unpopular until following the introduction of the Assured Shorthold Tenancy (AST) by Margaret Thatcher’s government in 1988.

This change was brought about by a re-balancing of the rights between landlord and tenant in the 1988 and 1996 Housing Acts, which removed rent control, allowed private landlords to let at market rents, and gave landlords a mechanism to re-possess if they got a bad tenant.

These legislative changes in England and Wales tended to coincided with shifts in population demographics and a modern lifestyle begun to favour renting for its flexibility.

The 10-year property boom which preceded the credit crunch of 2007-8 and after resulted in unprecedented growth in property investment around the world. Many ordinary citizens, most of whom would never have contemplated the personal title of “Landlord”, as a result of the Buy-to-Let boom, are now blessed or saddled, which ever way you care to look at it, for good or ill, with this ancient mantle.

One has to remember that in many communist countries, anyone with the title of landlord around their neck, also ended up with a rope around it as wall!

Property matters in England (and indeed in much of the English speaking world) stem from well over 1000 years of English and European history.

The manorial system (seignorialism), begun under the Roman Empire, became common from around the 5th century onwards in England and much of Europe. Peasants became bound to the land and dependent on their landlords for protection and a basic form of justice.

Later, feudalism, which lasted in Europe until around the 15th century, became widespread. This was a contractual system of military and political relationships existing among the nobility of Western Europe. It was a system whereby fiefs (land and labour) were granted in return for political and military services. This was based on a form of contract sealed by oaths and fealty (fidelity).

Lords provided knights for their king by dividing their estates into smaller parcels known as “knights’ fees” which they allocated to tenants, able to serve as knights. These knights in their turn would grant plots of land to their own tenants (villeins) in return for their services. In effect a feudal pyramid developed, somewhat reflected in the modern landlord-tenant and sub-tenant relationships.

The statute of Quia Emptores (1290) was a major turning point which allowed the purchase and sale of land, removing the importance of the personal relationship between lord and tenant as being basic to land tenure. The legal principles of this statute still regulate the transfer of land in England and Wales to this day.

Today, ultimately, all land in England and Wales is owned by the state, land being merely “held” on tenure (freehold) reverting back to the state in the absence of rightful heirs. To all intents and purposes a freeholder (fee simple absolute in possession) is the owner of property for life.

The Law of Property Act 1925 defines these ancient legal concepts: “fee” as heritability of the tenancy and “simple” meaning no restrictions as to inheritance, “absolute” being everlasting (except where the freeholder dies without heir) and “in possession” either personal occupation or the right to take rents or profits.

The Law of Landlord & Tenant deals with leases, which are contractual agreements permitting tenants (lessees) to occupy land and premises exclusively for a period of time in return for regular rent payments. On expiry of the lease, at common law, the freeholder (lessor or landlord) is entitled to resume possession.

Landlord and Tenant law now has a dual nature and is rather complex. On the one hand it is based on common law contract or “judge-made” law which has evolved over the centuries.

However, Parliament modifies and over-rides the common law and equitable principles through the passing of statutory codes and regulations, The Law of Property Act and the Rent and Housing Acts being examples. Increasingly, European Law, Acts of Parliament, codes of conduct (consumer codes), and statutory or non-statutory rules and regulations of many kinds are all affecting the business of letting property.

Modern property laws and legal codes differ throughout the Western World, and indeed, although mostly the basic legal principles are the same, differences increasingly exist throughout the four countries in Britain following devolution of powers, and in the United States, Canada, Australia, New Zealand and South Africa etc, and in some cases such as Scotland and much of Europe they are based on a different (Roman) legal system.

The whole process is slowly changing and evolving as new legislation comes along and courts set new precedents as they interpret both common law principles and statutes vis-à-vis individual cases.

Lawyers and property professionals keep up-to-date with the interpretation of the law by studying recent case decisions. Every now and then a landmark case sets a precedent which becomes a guiding principle, until such time as it may be further challenged.

Business tenancies in England and Wales are covered in the main by the Landlord and Tenant Act 1954 Part II. This Act gives business tenants a degree of security of tenure at the end of the lease term (a right to renew the lease on similar terms), unless both parties have agreed beforehand to contract out of the 1954 Act.

Up until about 1914 approximately 90 per cent of all housing in Britain was privately rented. This compares to only about 7 to 10 per cent at the end of the century, though from a low point of about 7 per cent in 1991 there had been a steady increase over the last nearly 30 years. It is now predicted that the privately rented sector will reach 25 per cent of the total housing market by 2025.

The trend of decline in private renting throughout most of the 20th century can be put down largely to social policy trends and anti-landlord sentiment, legislation designed to switch the balance of power away from the landlord in favour of the tenant.

Examples of notoriously harsh absentee landlords of old and had entered the public psyche through writers such as Dickens and Trollope, and the process was exacerbated in the 1960s by the notoriety and scandals of Peter Rachman et al.

“Rachmanism” entered the English language as a term used to describe the activities of ruthless slum landlords, and their exploitation of hapless tenants. Ironically, Rachmanism grew up as a result of legislation introduced to do the exact opposite – protect vulnerable tenants. A small minority of landlords gained advantage by circumventing these legislative controls.

The first Rent Act was passed during the First World War (1915) as a “temporary” means of preventing landlords from exploiting the increased wages of munitions workers. This was the start of a whole series of legislative acts designed to protect tenants but which in practice mitigated against the provision of rental accommodation and hurt the very people it was designed to protect.

Rent controls and total security of tenure in England and Wales (Landlords unable charge market rents or terminate tenancies, which even passed on to successive generations) swung the balance so much the other way that over the century the decline in privately rented residential property was quite dramatic.

In effect, letting residential property throughout much of the 20th century became uneconomic for the private landlord. Too many landlords had their “figures burnt” through immoveable and uneconomic tenants, so the national stock of private residential housing deteriorated and virtually dried up.

Over the years several legislative attempts at relaxing controls were made to stimulate supply, but none was effective until the 1988 Housing Act brought in the Assured Shorthold Tenancy. This was a turning point enabling landlords to let at market rents with a guarantee of getting their properties back if need be.

The Shorthold Tenancy started to stimulate supply again but it was a slow process particularly, as the legislation did not apply retrospectively, i.e., not to “Rent Act” tenancies created before 15 January 1989.

Ten years ago less than 70% of UK housing stock was in owner occupation and falling. About 19% was in social housing (local council and housing association) ownership, the remaining 10/11% in the hands of private landlords.

Since then in total numbers both owner occupation and private renting has risen steadily with increasing affluence and the influence of the Thatcher years policies of selling off council properties. This process has continued to the point where housing associations are becoming the main owners of social housing, private renting has overtaken social housing and as a proportion, home ownership is now in decline, approaching 60 per cent.

The increasing wealth of UK professional and many working families, with inherited family property and increasing investment funds, has encouraged the move into rental property as an investment alternative.

This, coupled with the Assured Shorthold Tenancy and the Buy-to-Let mortgage, has resulted in a steady rise in the supply of privately owned rented accommodation. We have a long way to go to reach the levels of the European market, but there is now a definite move in this direction.

The other side if the coin is the demand for rented housing. Demand has begun to increase encouraging more supply. The rapidly rising property prices in the hot spots, particularly London and the south east, has resulted in first timer buyers being squeezed out of some areas.

For the tenant, renting has become a convenient alternative to buying and for some it has become the only option:

The Future of  “Landlording” in the UK

All the signs are that the increasing demand for rented residential property will continue to expand.

The long-term trend with commercial property is less clear but there will always be demand for quality property in good locations. The recession and the impact of Internet trading is having a big effect on the high street and the current government policy of charging landlords full empty business rates is increasing uncertainty.

Legislation now appears to be striking a sensible balance between the rights of tenants and landlords, but with more severe rules designed to crack down on rogue landlords. If this can be sustained it will encourage more enterprising landlords (part-time investors as well as businesses) to offer improving standards of residential accommodation.

However, recent taxation changes have had a dampening effect on the buy-to-let market, though the returns still compare very well with alternative forms of investment for most people.

There is also a role to play for the small private landlord in providing commercial premises for the many small businesses needing accommodation on the high street and beyond.

In this way the private landlord make an increasingly important contribution to local communities, and the quality of life in the UK today.

Abolishing ‘Section 21’ will radically change how this landlord operates. What about you?