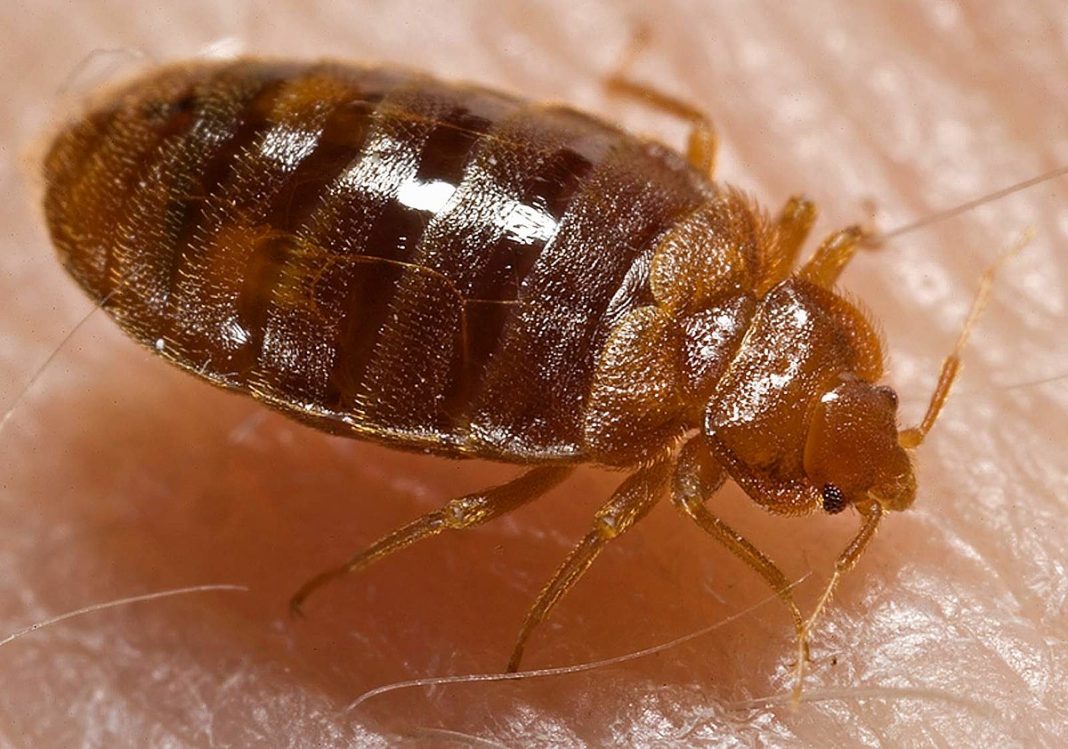 In Britain, bed bugs are a relatively recent phenomenon. Most people in Britain have never seen one or even heard of anyone reporting an infestation, though now that seems to be changing.

Bed bug infestations were common in the United States before World War II, however, with improvements in hygiene and chemical treatments in the 1940s and ‘50s, they were virtually eliminated there.

But like all insects existing since ancient times they are very persistent and survive in the most hostile environments, eventually adapting and thriving. They exist in most parts of the world; Africa, Asia, the Americas and Eastern Europe, and in Britain they have become more common, warmer weather being one factor, though international travel and more hotel stays are others.

These creatures are tiny brownish, flattened insects that feed solely on the blood of animals, the most common types preferring feeding on humans; they bite all warm-blooded animals, including dogs, cats, birds and rodents.

They are mostly active at night, preferring to hide away from daylight but remain close to where people sleep. Their flattened bodies enable them to fit into the tiniest crevices in floors and beds. Signs they are present are hatched and un-hatched eggs and dark spotting stains, which is their dried excrement.

They usually bite people at night while they are sleeping, piercing the skin with an elongated beak through which they withdraw blood. As the bite is painless, the person seldom realises they are being bitten, but some may develop an itchy red welt within a day or so of the bite, though for some there’s no reaction.

These creatures are challenging to eradicate, to say the least. It is unlikely that a DIY solution to eradication will be successful, so as soon as an infestation is suspected pest control professionals should be called in.

Since they are able to hide in so many different places, inspections must be very thorough indeed and total elimination is not always a certain. However, an experienced pest controller will know where to look for bed bugs, and will have the equipment necessary to give the best chance of their disposal first time.

All none essential fabric furniture should be removed, and it may be necessary to dispose of and replace beds. Disposing of the furniture requires great care if the infestation is not to be spread, and once the item in question has been removed it should be burned.

If an infestation is spotted the sooner it is treated the better as it will be much more difficult irradiate once it spreads and the bugs become well established – the infestations can become very large.

As with any insect or rodent infestation there’s always the question of who is responsible when a property is tenanted, tenant or landlord?

Ideally the tenancy agreement should set out clearly the circumstances in which the tenant can be held responsible, but unless it can clearly be shown that tenants have been responsible for the matter, and as a policy of goodwill, it is perhaps preferable that the landlord takes on the responsibility – after all it’s in their long-term interests.

Dealing with the problem comprehensively my mean the tenants have to move into alternative accommodation temporarily, so the landlord should contact their insurers – good landlord’s policies should cover this.