Home Information Building As the weather warms up, the risk of subsidence rises – are... 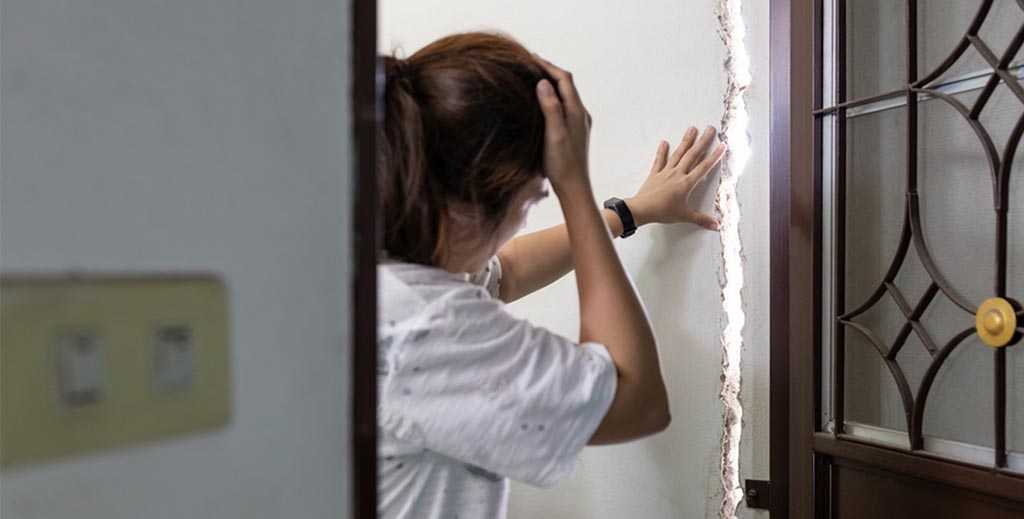 August got off to an unsettled and changeable start this year, with heavy rain and flooding in many parts of the UK. But the long-range weather forecast is now predicting warmer than usual conditions in late August, and potentially even a heat wave, with temperatures set to soar across some parts of the country.

Rising temperatures during the summer months can be problematic for some properties, increasing the risk of subsidence which can result in costly damage. With claims for subsidence increasing, it’s important that landlords make sure they have sufficient insurance cover in place and know when they may need to take action.

How common are claims for subsidence?

“When it comes to claims, subsidence is often overlooked as it is not as common as claims relating to perils like escape of water or storm, accounting for only 6.5 per cent of all our claims in the period 2015-2020.

“But subsidence claims have been increasing since 2014, resulting in a 24 per cent increase year on year.

“And the damage caused by subsidence can be particularly costly, with our average payout in the 2015-2020 period being £3,567.18 and individual claims of up to £82,900 in that same time frame. In extreme cases like this, the damage is so extensive that houses are uninhabitable while repairs are being carried out.”

Subsidence is the downward movement of the ground supporting the building. Typically, claims for subsidence increase over the warmer months as the lack of rain causes shrinkage of clay soils which expand and contract with changes in their moisture content. As a result, the property becomes unstable and can begin to crack and sink.

Although we’ve had a particularly wet start to the month, the ground can dry out very quickly – as illustrated by what happened in 2017, when 65 per cent of subsidence claims to Hamilton Fraser Total Landlord Insurance were reported between May and October, despite having a wetter than average summer that year.

What are the causes of subsidence?

Subsidence can be caused by a range of things including clay shrinkage, trees growing close to the foundations, water washing away soil beneath the property, used or disused mines, the formation of underground caverns and poor foundations.

But warmer weather causing clay soil shrinkage is one of the most common causes of subsidence – in 2018 alone, subsidence claims increased by 20 per cent because of the heatwave in the UK that year.

Settlement and subsidence are often confused so it’s important to understand the difference between the two. Settlement is when the ground beneath a property is compacted by the weight of the building, which usually happens in the first 10 years after the building is built – it is quite common and cracks in the walls caused by settlement are usually harmless.

Some insurers, including Hamilton Fraser Total Landlord Insurance, will cover subsidence, but not normal settlement.

What are the signs of subsidence?

Since it’s not possible to see what is going on underground, you’ll need to be aware of the signs above ground, such as ripples in the wallpaper. doors and windows that no longer fit and cracks. Although most cracks in the walls are harmless, cracks caused by subsidence tend to have certain characteristics. For example:

What should you do if you suspect subsidence?

Steve Barnes, Associate Director at Hamilton Fraser Total Landlord Insurance, urges landlords not to ignore subsidence if they suspect they may have a problem with it. He advises, “The key thing with subsidence is to take action right away.

Because in most cases, subsidence happens slowly, it can be tempting to put off dealing with it. But the longer you leave it, the more expensive your repairs will probably be, creating bigger problems such as a loss in your property’s value, serious structural damage and higher insurance premiums in the long run.

Cracks that appear and continue to grow, should be investigated to make sure that the property is structurally sound.”

How can you reduce the likelihood of subsidence?

There are a number of steps you can take to reduce the likelihood of subsidence damage to your property. Assessing your level of risk is the first step you need to take. For example, is your property built on clay ground? Are there any large trees in close proximity to your property? Does the ground your property is built on become water-logged during heavy rain or extremely dry during droughts?

How do you fix subsidence?

If you think you have a subsidence problem, the first thing you should do is contact your insurer. They will be able to advise on what to do next and you can find out more information on some of the solutions to subsidence, along with answers to other questions, such as whether you should buy a property with subsidence, in Hamilton Fraser Total Landlord Insurance’s guide, Subsidence: What is it, how do you spot it, and what should you do if you have it?

Can you insure a property with a history of subsidence?

This varies from insurer to insurer, but Hamilton Fraser Total Landlord Insurance will cover properties with subsidence issues.

If you would like more information on subsidence, you can download Hamilton Fraser Total Landlord Insurance’s free infographic on buying, selling and letting a property with a history of subsidence here.

If you have questions about subsidence, or want to discuss subsidence in your property, feel free to contact the Hamilton Fraser Total Landlord Insurance team. A comprehensive policy such as our Essential and Premier policies will cover all of the costs to repair damage caused by subsidence.

As a valued LandlordZONE reader you’re entitled to 20 per cent off Hamilton Fraser Total Landlord Insurance’s policies, call the team today on 0800 63 43 880 quoting code LZ2021 or get a quote online in under 4 minutes.

You couldn’t make it up! Britain’s most bizarre landlord insurance claims revealed