Home Sponsored WARNING Could an unexploded bomb be a risk to your property? 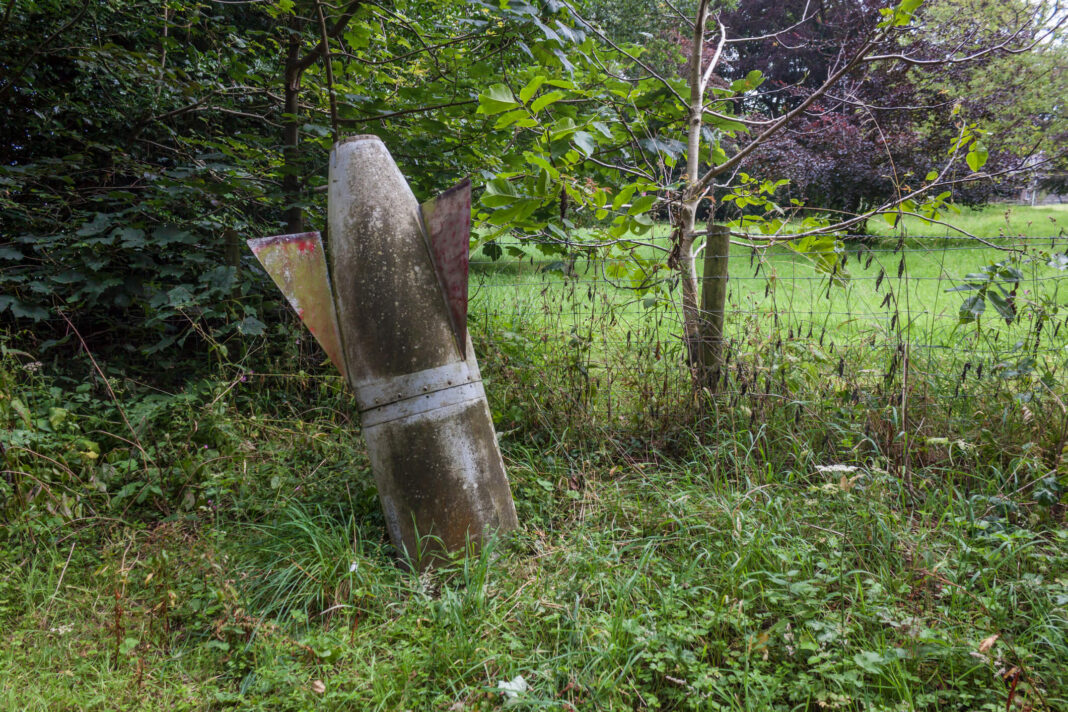 The discovery of an unexploded 1,000kg World War Two bomb, which was detonated in a controlled explosion in Exeter last month, resulted in thousands of residents being evacuated from their homes and extensive damage to nearby properties, many of which were left ‘uninhabitable’.

The ramifications of unexploded bombs shouldn’t be underestimated. In the Exeter incident, the detonation sent huge steel girders designed to contain the explosion into the air. One was thrown into the roof of a nearby building. Doors of nearby homes were left hanging from their hinges, brickwork was damaged by flying debris and windows were blown out.

When questioned by the BBC, Dr Todd Gray, a historian from the University of Exeter commented, “There’s bound to be I would have thought one or two more somewhere.” But what kind of a risk do unexploded bombs pose to your rental property? And just how common are they?

Only a fraction of discoveries of unexploded bombs end up in the news. And they tend to be major incidents like the recent one in Devon. Although the allies kept a detailed record known as a ‘bomb census’ of bomb damage inflicted on British cities during the war, including maps which help historians to identify where unexploded ordnance could be, the recent Exeter bomb was not on this census. The truth is that the exact number of bombs across the country is not known and nobody knows where all the unexploded bombs could be.

Unexploded bombs may be rare, but their unpredictable nature can have devastating consequences. Melissa Choules, Senior Claims Technician at Hamilton Fraser Total Landlord Insurance, dealt with a claim in 2019 in the Surrey area, where an unexploded bomb was detonated. She explains:

“Although the case I handled was relatively minor in comparison to the recent incident in Exeter, the controlled explosion and shockwave damaged a number of buildings and cars in the area, despite precautions taken by the bomb disposal team. The explosion caused structural damage to our insured property – all the windows were blown out and had to be replaced along with the electrics and domestic utilities, walls were cracked both vertically and horizontally, tenants had to move out on safety grounds and the street was evacuated. The insurers paid out £200,000 for the damage caused to the property and loss of rent. Whilst this was an unusual case, it highlights that if the landlord had not had the correct coverage, they would have been seriously out of pocket.”

They may not happen often, but the evidence suggests that we’ve not seen the last of unexploded World War Two bombs. Although clearance efforts after the war were extensive, according to a guide on managing the risk of unexploded devices released by the Construction Industry Research and Information Association (CIRIA) in 2019, some unexploded devices were ‘either deemed not to present a risk … or too inaccessible for practical removal.’ The guide also said that ordnance could be reactivated by either direct impact, vibration or heating.

Speaking to the BBC, Mike Sainsbury, a specialist from Zetica UXO, a private company that disposes of unexploded devices, said that it is thought that around 200,000 plus bombs were detonated during the war and it is estimated that another 10% or so did not explode.

Steve Barnes, Associate Director at Hamilton Fraser Landlord Insurance, emphasises the importance of protecting your property and your tenants from explosions:

“Explosions are rare in residential properties, and when they do occur it is generally due to gas leaks rather than unexploded bombs. But it’s important to check that you are covered as the damage an explosion can cause is likely to run into tens of thousands of pounds. Worse, every year in the UK hundreds of people are hospitalised and many people die due to gas explosions. Preventative measures are always best – good maintenance including a yearly boiler check, making sure your tenants have appropriate contact details to report a gas leak and advising tenants to minimise the use of flammable substances and how to use a gas oven correctly are key.”

Landlord calls for help after DWP blanks her over rogue tenant