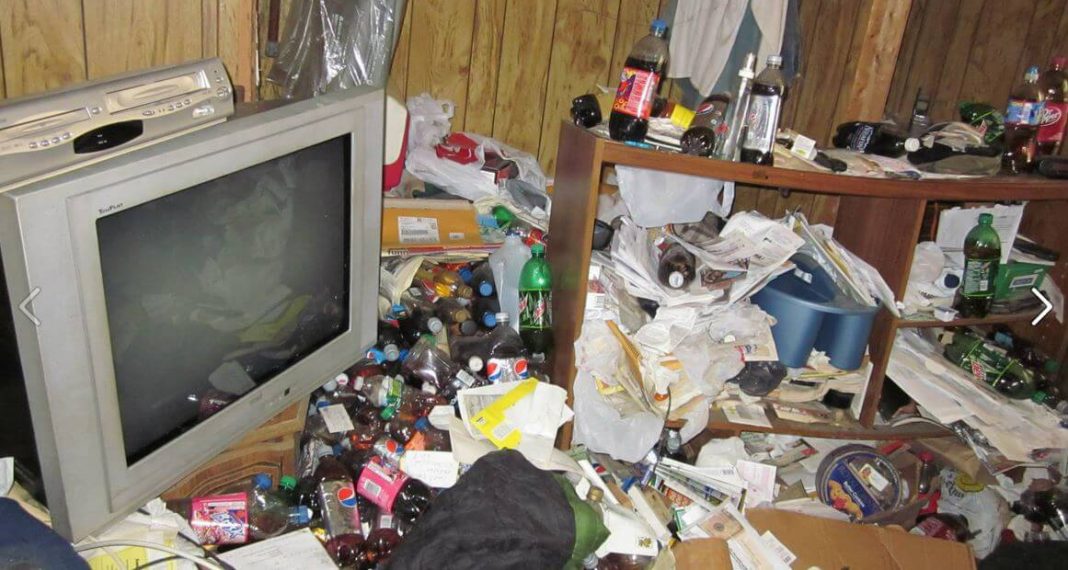 Ex-social worker and professional landlord of 30 years, Leslie-Ann Franklin, is facing having to sell the rental property she lives next door to in March, Cambridgeshire, after a complex case involving an extreme hoarder has left her in financial ruin.

With her story due to be aired on this week’s ‘Bad Tenants Rogue Landlords’ (Thursday 3rd May, 8pm, Channel 5), Leslie feels the authorities and legal system let both her and her tenant down, and now she is fighting for a judicial review of her case to avoid paying £25,000 in legal fees, on top of the £30,000 she has already spent.

Leslie-Ann purchased the 18th century two-bedroom cottage she lives next door to in 2014. Her elderly tenant and neighbour, who was rent-protected and already in situ, had lived in the property for over 30 years. Although Leslie knew that the property was untidy and needed some work, she felt that becoming landlord to her neighbour would give her an opportunity to help the tenant get the property back in good order.

Unfortunately, problems were apparent from the start with Leslie-Ann receiving rent payments intermittently and struggling to gain access to the house even to carry out her basic landlord obligations.  The situation continued to deteriorate, with rubbish piling up and vermin visible around the property.

She reported the situation to Fenland District Council to investigate, who carried out a report which highlighted serious health and safety hazards. They issued an advisory notice for the landlord to gain access so she could carry out necessary works, and offered the tenant alternative accommodation, but this was refused. Concerned about her tenant’s mental health, Leslie-Ann also contacted Social Services, to no avail. The only alternative was to seek a possession order.

Although Landlord Action eventually managed to gain access to the property, the tenant filed a defence saying the landlord was harassing her, and the property was in a state of disrepair because Leslie-Ann had not maintained it.

Tragically, the tenant has since passed away and now Leslie-Ann is embroiled in a complicated legal battle which, if she loses, will see her having to pay more than £25,000 in legal fees, as well as an additional £5,000 to remove the tenant’s belongings from her property.

“This whole situation has been a complete nightmare and now after years of battling the system, I may have to sell the property. I didn’t realise, until it was much too late, the severity of my tenant’s issues.

“I tried time and time again to explain to the council and social services but they all failed to act quickly enough.  Somehow this has now come back on me. I’ve been a landlord for 30 years and never had a problem, and now I’m being vilified as a ‘rogue’ landlord.”

“In 27 years, I have never seen a worse case. Entering the property with the film-crew was a stomach-churning experience, it was a real-life house of horrors.  From the moment we stepped foot inside, the stench hit you even though we had masks on.

“We couldn’t move more than a couple of feet for overflowing mounds of rubbish, piles of belongings and black sacks full of human faeces – the bathroom had not been used in the proper capacity in over two years! The floorboards had given way and the ceilings were hanging down. I think viewers will be shocked when they see this case.”

Watch “Bad Tenants Rogue Landlords” on Thursday 3rd May, at 8pm on Channel 5.