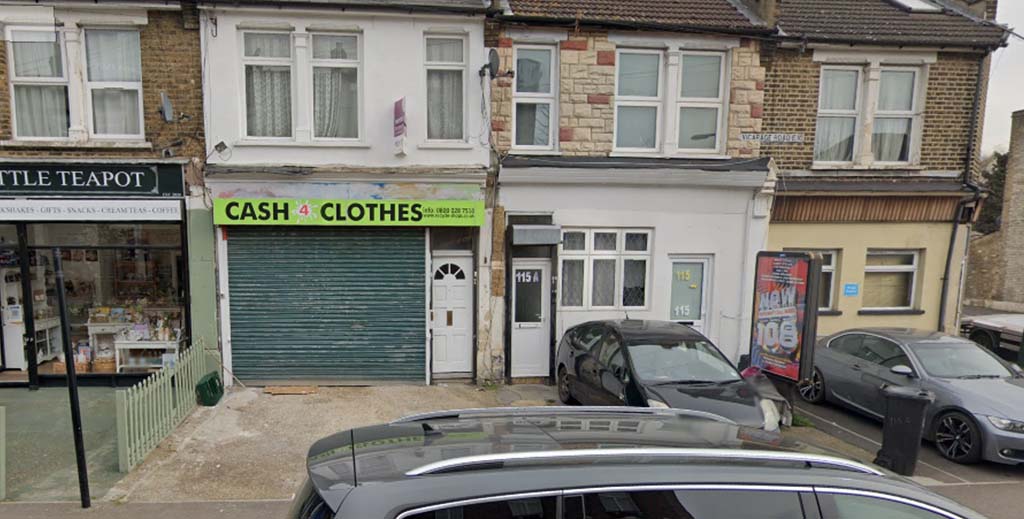 A “duplicitous” rogue landlord who housed vulnerable tenants in a dangerous and rodent-infested HMO has been slapped with a £45,000 fine.

Arbab Ahmed harassed the tenants when they tried to complain by arranging for their gas meter to be removed, leaving the household without heating or hot water. He was found guilty of 10 housing offences at Stratford Magistrates Court and ordered to pay £14,404 costs.

Eden Homes, which acted as his managing agent, was fined £3,700 with £1,557 costs after admitting three housing offences at an earlier hearing.

Ahmed rented out an unlicensed converted shop at 117 Vicarage Road in Leyton (main picture) as a home with minimal residential adaptations that was occupied by one family.

He also rented a cramped upstairs flat that was shared by up to six men, including two in the tiny attic. The second flat extended over three floors with a poorly constructed and part-completed rear extension and a ladder providing access to the attic space which had just been boarded and carpeted for use as a makeshift bedroom.

The house also had inadequate locks, cracked tiles in the bathrooms, leaking waste pipes to the ground floor bathroom, a defective smoke alarm, a faulty boiler and a lack of fire doors.

The council served a Prohibition Order, banning the use of the ground floor unit as residential accommodation, as well as an Interim Management Order (IMO) so it could take control of the first floor flat – which Ahmed later flouted.

District Judge William Nelson labelled the landlord “duplicitous” and said he had caused a significant degree of harm to his tenants, a number of whom were vulnerable people on low incomes and whose first language was not English, limiting their ability to complain.

Councillor Louise Mitchell (pictured), cabinet member for housing and homelessness prevention, says Ahmed was among the “worst of the worst” landlords the council’s team has ever encountered.