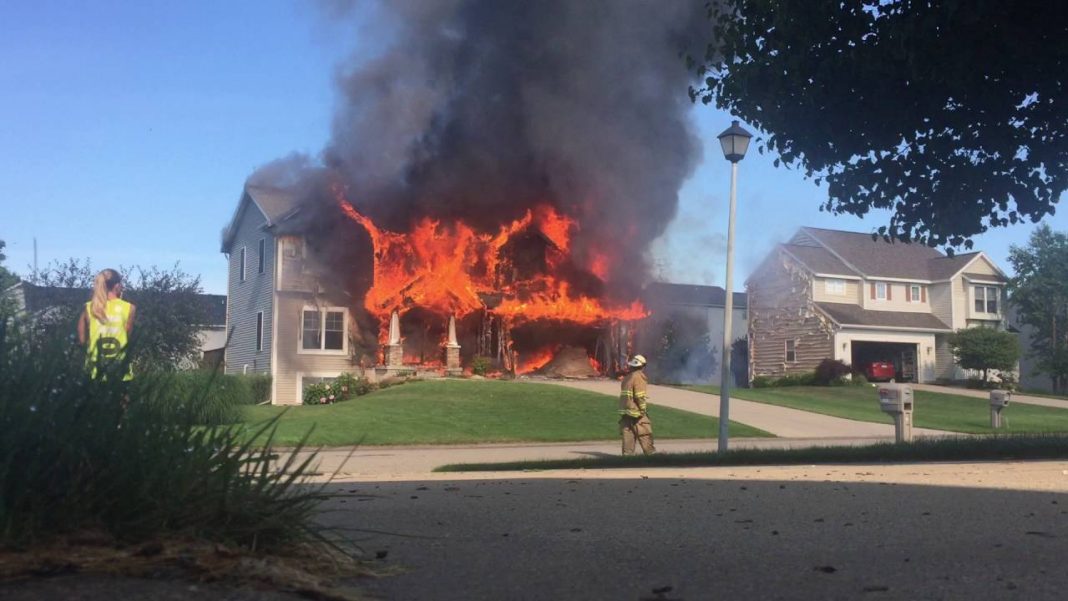 A Washington couple is facing arson charges after they allegedly set fire to a two-story home, killing two young child residents, in their attempt to get back at their landlord.

It was reported by The Associated Press that Kimberly Marie Hughes, 32, and Jaramy L. Chism, 24, were evicted from their home in Mount Vernon. Just days later the deadly fire went through the building when Rose, 8, Xavier, 6, were killed.

Other residents in the building were awoken at around 2 a.m. to fine fire coming into their accommodation through the windows.

Two residents attempted to put the fire out, while one of the homeowners reportedly ran to rescue her two small children, the six-year-old boy and eight-year-old girl, from the second floor.

The woman is said to have attempted to pull the children through a window, but she fell out of the building whilst trying.

“When she pushed the screen to open it, she fell through the window, falling to the ground from the second story, the children did not make it out.”

The suspects had allegedly threatened to burn the house down after they were evicted.

Hughes, who has a previous arson charge, threatened a neighbour she worked for that she would burn the house down, the week before the fire.

The pair are each being held on $2 million bail and both deny the allegations.