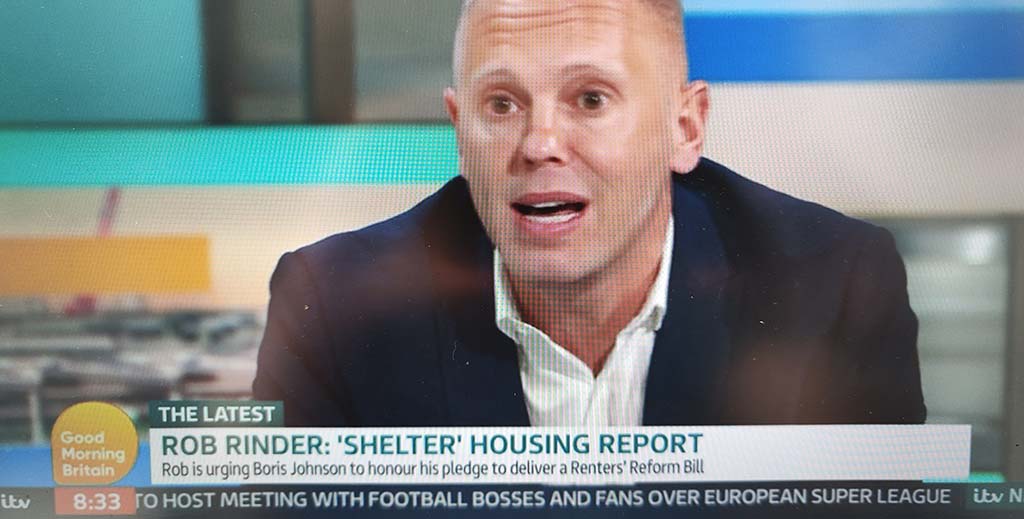 Prominent TV presenter Robert ‘Judge’ Rinder appeared on ITV’s flagship breakfast show this morning to call on the government to deliver on its planned Renters Reform Bill and set up a national landlord register and ban Section 21 evictions.

The proposed legislation, which is probably unknown to many of Good Morning Britain’s viewers, will bring in a range of policies including banning Section 21 evictions, strengthening the Section 8 eviction process, replacing Assured Shorthold Tenancies and reforming tenancy deposits.

But despite initial enthusiasm among ministers for its proposals and several industry consultations, the proposed legislation has yet to make it into parliament.

42-year-old Rinder, who is the legal services ambassador for housing charity Shelter, joined the GMB sofa today in order to outline his displeasure at the bill’s lack of process.

He also outlined many of points on the private rental sector that landlords will be used to hearing via Shelter.

This included that millions of renters in the private sector fear eviction, and that four million people live in homes that are dangerous or in need of urgent repair.

He also accused landlords of using Section 21 notices to complete illegal but hard-to-detect ‘revenge evictions’ on tenants who complain about their properties.

Rinder’s barnstorming performance, which was somewhat in contrast to his even-handed decisions during his ‘courtroom’ TV programme, was good enough for GMB viewers to call him to be given a permanent seat on the ITV morning show.

Watch his appearance (after 8.30am on GMB clock)

Read the NRLA position on the Renters Reform Bill.