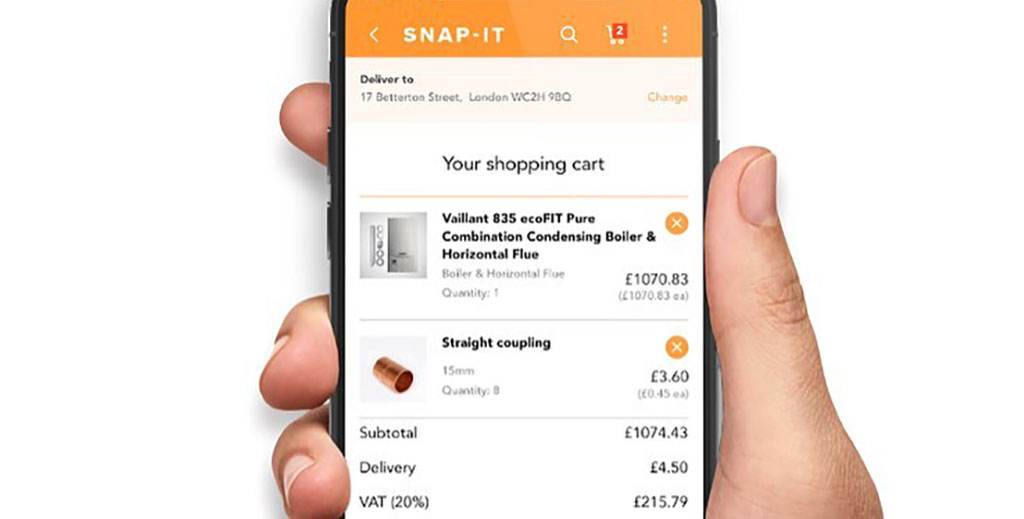 A new app has been launched that aims to save landlords from the frustrating hunt for plumbing parts.

Following the lead of food delivery firms Uber Eats and Deliveroo, the plumbing materials delivery app locates the nearest stores and couriers and aims to deliver to customers within the M25 in 30-40 minutes.

Users can instantly buy more than 10,000 parts, such as valves, pumps and even boilers; with its large retailer network including Gas World and Embassy Plumbing, the app boasts that it has a better chance than any bricks and mortar retailer of successfully fulfilling an order.

Snap-It has plans to expand to other key cities across the UK later this year.

The concept was launched by former plumber Viktor Muhhin (pictured) who says the tradespeople it works with are earning more money and seeing more customers who aren’t having to wait an extra week for boilers to be fixed. It is also generating incremental revenue for its partnered couriers and retailers.

“By using the app, customers get the job done quicker and won’t be hit by another hour’s bill,” says Muhhin.

“A plumber that comes out of their normal service area wouldn’t necessarily know the shops close by. If you go on Google today, and you’re trying to find a plumbing shop nearby, you will be bombarded with all sorts of plumbing companies’ adverts as all of the search engine optimisation works in their favour. Snap-It is much easier.”

New users will even get a free Greggs sausage or vegan sausage roll.