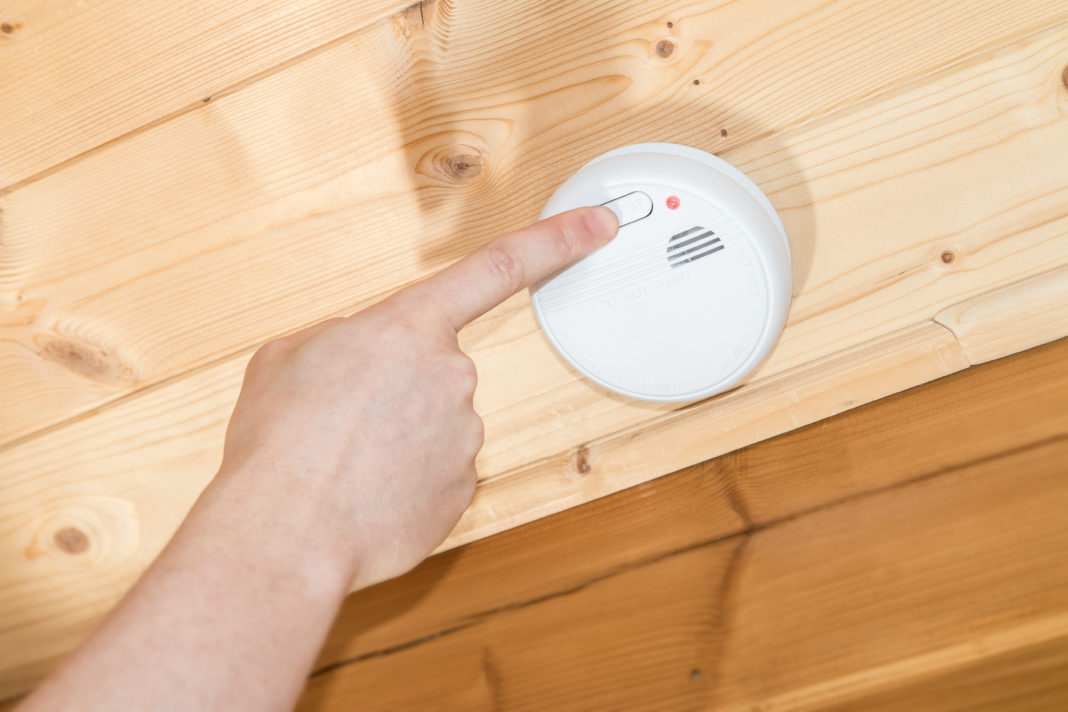 The new fire alarm safety standard, which currently applies to private rented property and all new-builds in Scotland, was to be extended to all homes next February. Work to extend the activity to the social housing sector is said to be well under way already, but extending this work to privately owned residences will not now be compulsory for another year.

The postponement by the Scottish Parliament of the new regulations for fire and smoke alarms to be fitted comes following criticism of the timing, and given that the country is in the midst of a Coronavirus crisis.

The rules mean that there will be a requirement for all homes in Scotland to be fitted with interlinked smoke and carbon monoxide alarms, but the change comes following criticism of the timing of implementation due to the impact of coronavirus.

The Scottish Government reasons that:

The move by the Scottish Government on these fire regulations follows the tragic fire at Grenfell Tower in London. A Ministerial Working Group on Building and Fire Safety was set-up following the tragic event to review Scotland’s building and fire safety regulations.

It was decided that in the interests of fire safety and to avoid a repeat of tragedies like Grenfell it is necessary to have all homes covered by the same rules. This would give occupants the same level of protection, thinks the Government, whether they own or rent their home and whether the home is in a high rise block or not.

“I welcome the Parliament’s decision to postpone the implementation of the new standard to February 2022. This will allow more time for people to make changes to meet the standard. We will ensure people are supported with the right information and advice and will keep all of this under close review. I will keep parliament updated of developments.

“The Scottish Government is committed to improving fire safety. We want to ensure the same level of protection is in place regardless of whether you own your home or rent from a social or private landlord. Although the postponement will give people a further twelve months to install the required alarms, I hope that most people will recognise its safety benefits and take action much sooner.”

Where there is a carbon-fuelled appliance (such as boilers, fires (including open fires) and heaters) or a flue, a carbon monoxide detector is also required which does not need to be linked to the fire alarms.

The standard also requires that all alarms in a property are interlinked so that every section of the building will hear the alarm if there’s a fire. These can be either tamper proof long-life lithium battery alarms or mains-wired alarms. Whereas the mains-wired alarms are generally cheaper, they will need more work, they would need to be installed by an electrician.

The costs involved will be the responsibility of home owners and landlords. It is estimated that for an average three bedroom house which requires three smoke alarms, one heat alarm and one carbon monoxide detector, at around £220. This is based on using the type of alarms that may be DIY installed without the need for an electrician to install a hard-wired system.

A recent survey by the charity, Age Scotland, found that homeowners are largely unaware of these new regulations. Ahead of the Parliamentary debate, Brian Sloan, Age Scotland’s chief executive, said the Scottish Government should “reset the clock” on the home fire and smoke alarm rules.

“There has been a considerable level of anxiety and confusion from people seeking advice about the short time frames for compliance, the cost and affordability, where to get support to install these devices, the risk of scams and rogue traders, and how it will impact their home insurance policy.

“Large numbers of homeowners still don’t think that they will have enough time to afford and undertake this work. Much of the information that has been made available by the Scottish Government has appeared since October and is online which has been less that helpful for the half million over 60s in Scotland who don’t use the internet.

“The Scottish Government’s estimated cost of installing these devices also seems on the low side compared to the quotes people have been sharing with us, the added costs if you need the help to have them fitted and conflicting information in their own documentation. This needs further review and demonstrates why financial support is needed for the hundreds of thousands of households on low income.

“We are grateful to MSPs from all parties in the Scottish Parliament for their support on this issue and for helping to develop the range of measures for homeowners which we would like the Scottish Government to adopt,” Mr Sloan said.