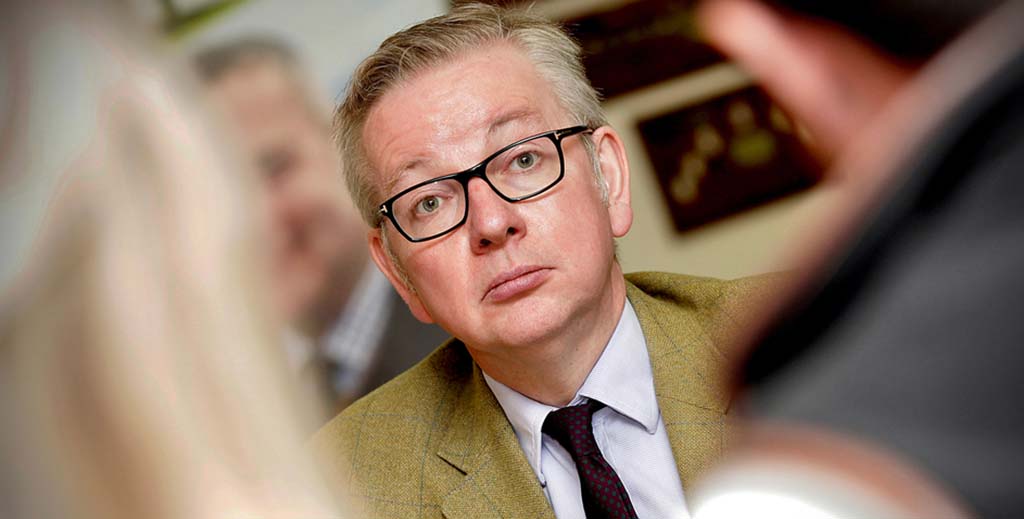 New Housing Secretary Michael Gove could have landlords’ and letting agents’ backs judging by his previous form during Commons debates.

The Whitehall big-hitter has previously voted to phase out secure tenancies for life and not to ban letting agents charging tenants, or prospective tenants, fees in recent years, and has also voted to reduce the basic rate of capital gains tax.

During a debate on the Rating (Empty Properties) Bill, Gove defended landlords, saying: “The Minister could not offer us any evidence because there is no robust evidence that landlords are wilfully depressing their balance sheets and turning away eager tenants simply out of perversity or idleness.”

And in a debate about overcrowding in the housing sector he said: “We also need to recognise that private landlords can play a significant part in meeting housing need.”

During his failed bid to lead the Conservative party in 2016, the former Cabinet Secretary and key Brexiteer pledged to build a swathe of social rented housing.

Gove called for a “national ambition” to build hundreds of thousands of homes a year, both private and socially rented.

Back in 2007 – while Shadow Minister for Communities and Local Government, Housing and Planning – he had promised that a Conservative government would massively push up the housebuilding target from the 200,000 homes a year pledged by the then Labour administration.

However, this enthusiasm for house-building doesn’t seem to translate to his own constituency of Surrey Heath where he has a record of objecting to new developments.

In 2019, he declared he was “deeply concerned” about plans to build a 1,500-home garden village on the site of Fairoaks airport, while in October 2020 he spoke out against a scheme in Bagshot for 44 homes, almost half of which were to be affordable, complaining it would “alter the character of the village for the worse”. Both schemes got the go-ahead.