Data just released from the Office for National Statistics (ONS) show that private rents continued to rise, by an average of 2.4% across the UK 12 months to July 2016. This figure is unchanged compared with the year to June 2015.

These figures are considerably above the inflation rate for the period in question, with a Consumer Prices Index (CPI) rise of just 0.6% in the year to July 2016.

As always these figures show large regional variations across the UK, with rents increasing by 2.6% in England (3.5% in the South East of England), 0.2% in Scotland and unchanged in Wales in the 12 months to July 2016.

Main findings of the ONS Report: 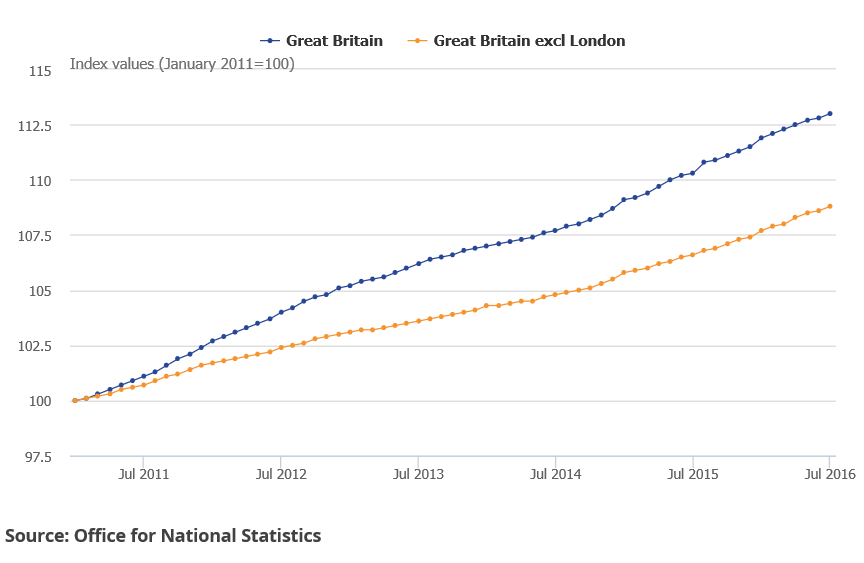 “The issue of increasing rents is not confined to London with the largest rental price increases in the South East, followed by the East of England, which highlights the fact that housing affordability is firmly a national issue.

Rents in the Regions:

The ONS report concludes that rental market in the UK has continued to show signs of strength in the year to July 2016, as prices grew by 2.4%, a figure largely unchanged compared with June 2015. 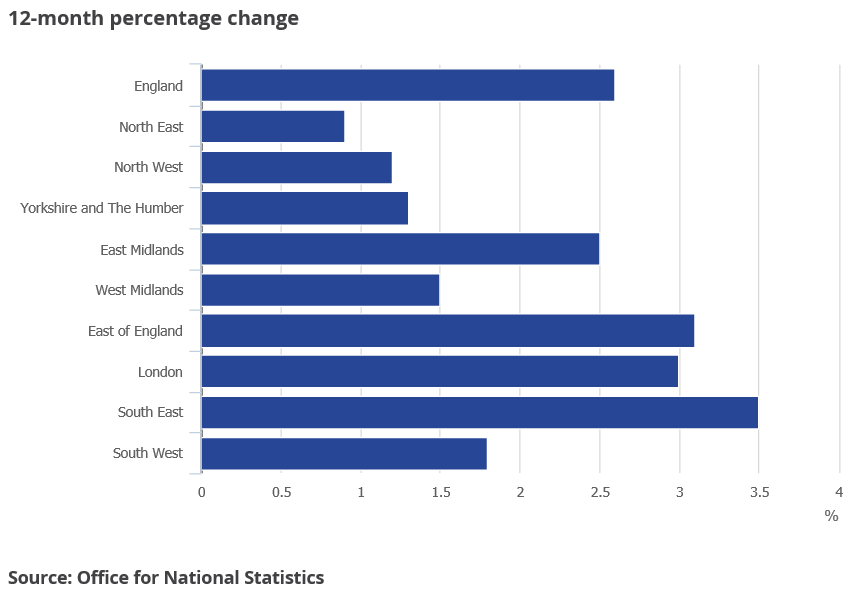 Taking the data from the UK House Price Index over a longer period, it shows that long term residential house price growth has typically been stronger than rental price growth for a good number of years. 12 month house price inflation has been between January 2013 and June 2016 at 6.0%, compared with 2.1% for rental prices.