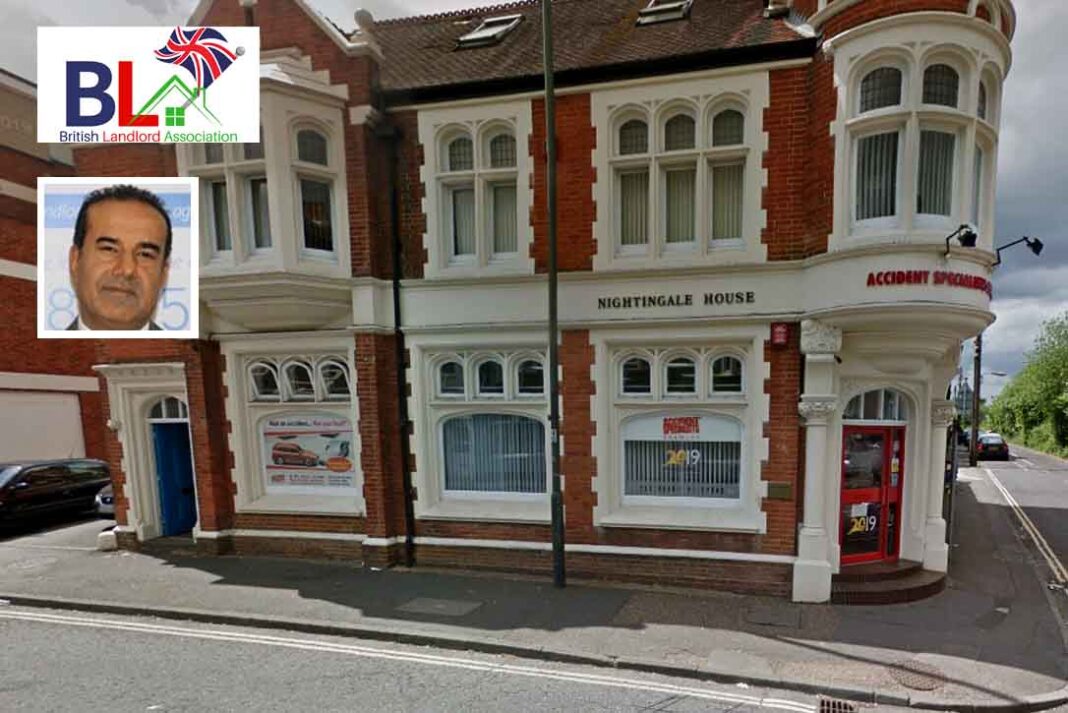 This is both in terms of political clout – his has no Westminster lobbying operation – or members. While his organisation has 22,000 , the NRLA has over 80,000.

So why join? Set up in 2015, the BLA’s main shtick is to offer both free membership and legal advice to members, compared to the NRLA’s £75-a-year fees for individual landlords.

This is possible, Ahmad claims, because he and his four other directors all run the organisation without remuneration. He is listed as a director of property investment firm Issaiah Property Ltd, which is registered at the same residential address as the BLA.

So how does the BLA fund its existence? Websites, telephone lines and its offices in Crawley, Sussex, all cost money. But it’s not paid for via referral fees, Ahmad says.

“We pass members in need of services to a selection of legal and other providers but do not take a commission for doing so except in the case of referencing, which is provided by Vouch,” he adds.

Ahmad says that it’s largely his own money funds the not-for-profit organisation’s running costs including the purchase of legal services to fulfil its ‘free advice’ promise to members.

The BLA is most active on Twitter and has 13,400 followers on the platform although a worrying number are ‘bots’ rather than real people making up this number. This is not unusual – every Twitter account has them. But 39% of @Landord_UK followers are ‘fake’ compared to 22% of the @NRLAssocation account.

Ahmad say his organisation is not a rival to the NRLA, but a free alternative for landlords who don’t want to pay to access a range of services, advice and information.

What’s less clear is how it can grow into a credible No.2 landlord organisation in competition with the NRLA when it has such limited funds at its disposal.