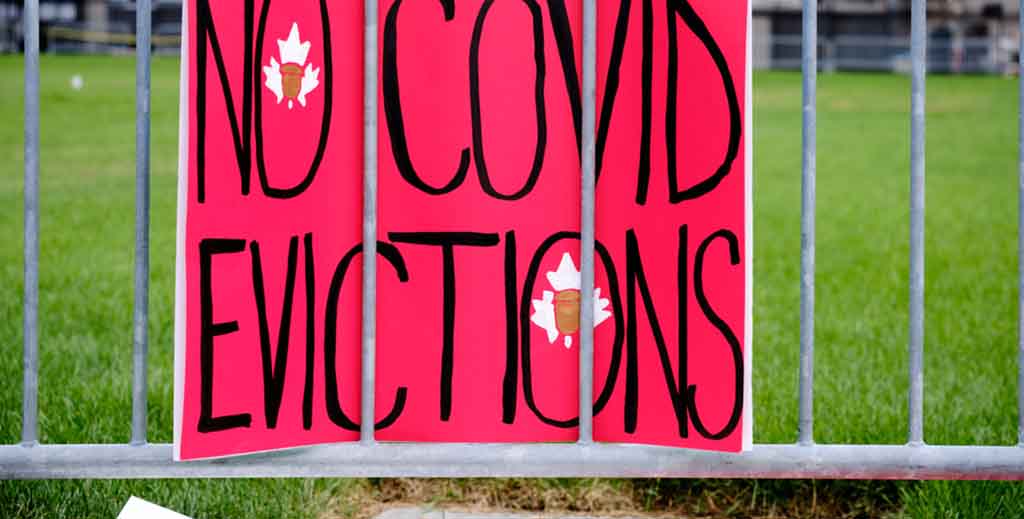 Shelter has published its interpretation of the latest Government landlord possession statistics, claiming they show the courts have seen a 41% rise in Section 21 notice eviction notices as more landlords ‘kick out’ their tenants.

The organisation says the claim, which is based on data covering the first three months of 2022 vs the same period of 2020 before the pandemic hit, shows landlords are turning to no-fault evictions in ‘soaring’ numbers, or approximately 6,000 Section 21 evictions in England during the period.

The figures also show that evictions of all types increased by 32% to 18,626 during the period compared to the previous quarter in 2021. Section 21 ‘no-fault’ eviction notices mean that landlords do not have to give a reason for the eviction and renters can be given eight weeks’ notice.

Shelter is calling on the government to urgently bring forward legislation that will scrap Section 21 no-fault evictions to give renters greater security in their homes during a time of uncertainty – something Ministers have promised to include within the looming Renters Reform Bill.

Polly Neate (pictured), Chief Executive of Shelter, says: “It’s alarming that as the living cost crisis rages more landlords are kicking tenants out of their homes. These are real people whose lives are being turned upside down and simply cannot afford to lose their homes right now.

“While scrapping Section 21 evictions alone won’t solve the cost-of-living crisis for renters, it will at least give them some much-needed security in their homes.”

“If the government’s quarterly figures continue like this throughout 2022 then some 24,000 evictions will take place using a Section 21 notice, approximately 5,000 more than 2019 and, if you compared the two quarterly periods year-on-year, some 41% more, as Shelter point out,” he says.

“After that, changes to the eviction rules greatly diminished S21 evictions as new rules over gas safety certificates and other mandatory tenancy requirements kicked in.

“But the rise that Shelter now refers to is not because landlords want to suddenly evict tenants unnecessarily, but because either Covid has delayed possession actions [for tenants who have stopped paying the rent] or the government’s tax and regulatory changes have driven more of them to quit the sector, and they want to sell up.

“Remember, many are using Section 21 notices to achieve this, rather than the more complicated Section 8 route.”
Subscribe here for the latest landlord news and receive tips from industry experts: