Whilst the Conservative Government seems to be maintaining the status quo in many of the senior posts in Government, this is not the case at the Department of Communities and Local Government (DCLG), the department with responsibility for housing and the private rented sector (PRS).

Gone are the Communities Minister Eric Pickles and Brandon Lewis who had direct responsibility for housing. Of course, also gone is the Lib Dem Minister Stephen Williams, who was largely responsible for steering in the “revenge eviction” legislation enacted in the Deregulation Act 2015, and who lost his Bristol West seat in the election.

In comes Greg Clark to take the role of Communities Secretary and new Housing Minister Mark Francois, the MP for Rayleigh and Wickford, who served as Minister of State for the Armed Forces under the coalition government. 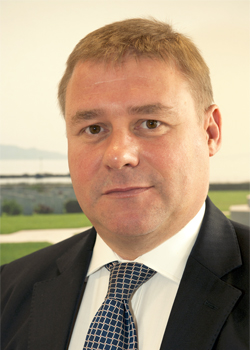 Mark Gino Francois, 49 was born in Islington, London. He was educated at the Nicholas Comprehensive School in Basildon, Essex and at the University of Bristol where he was awarded a Bachelor of Arts degree in History in 1986. He was also the chairman of the University’s Conservative Association. He completed his studies at King’s College London where he earned a MA in War Studies in 1987.

On leaving university he became a management trainee with Lloyds Bank. In 1988 he joined lobbying company Market Access International, leaving as a director in 1996 to set up his own lobbying firm Francois Associates.

He also served as an infantry officer in the Territorial Army, including with the local Royal Anglian Regiment, in the 1980s.

During the 2009 expenses scandal, Francois was described as “a bit of an animal” by the Daily Telegraph due to his love of Peparami. The slogan was being used in an advertising campaign for the snack at that time.

While other MPs were claiming for flat screen televisions and moat clearing, Mark Francois, the shadow minister for Europe at the time, claimed for a wide variety of on-the-go snacks through his expenses.

Under the second home allowance MPs were allowed to claim a food allowance of up to £400 per month without receipts. But, unlike many of his colleagues, Mr Francois was scrupulous about claiming exact amounts for his food purchases and submitting receipts for them.

Since the Coalition Government came to power in 2010, there have been five Conservative Housing Ministers: Grant Shapps, Mark Prisk, Kris Hopkins, Brandon Lewis and we now have Mark Francois.