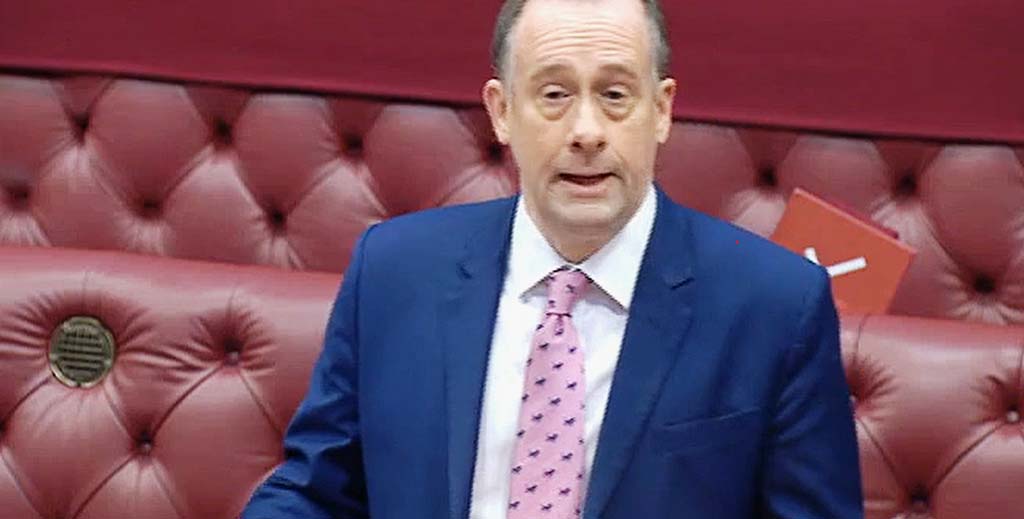 The government has vowed to push ahead with plans to phase out gas boilers by 2035 (2025 for newbuilds) and promised there would be enough heat pumps and installers to go round.

During a debate in the House of Lords, where peers questioned the cost and technology involved, Lord Callanan, under-secretary for business, energy and industrial strategy (picture, main pic) was quizzed on the final bill for individual households, property owners and tenants – but was unable to give a figure.

Lord Howell of Guildford said that while it made sense to equip newly built homes with hydrogen or heat pumps or other technologies, the cost of retrofitting all existing homes – estimated at anything between £2,500 and £8,000 each – and possibly also having to replace large parts of the gas delivery grid, was going to be, “absolutely astronomical”.

He asked: “Is this really the wisest or most effective use of our national resources in combating worldwide climate change?”

Baroness Neville-Rolfe (pictured) asked how the government would ensure that the energy and construction industries had capacity to cope with this change.

She added: “I understand that there is currently capacity to install only 30,000 heat pumps a year, whereas the need is estimated to be more than 600,000.”

Lord Callanan replied that there would be enough skilled heat pump installers to deliver its target, while heat pump manufacturers could meet a significant ramp up in demand.

He added: “We are publishing a call for evidence by April to begin a strategic dialogue between government, consumers and industry on affordability and fairness. We have also expanded government support schemes…to those on low incomes, who are likely to benefit from them or to be at risk of fuel poverty.”

Are hydrogen boilers the future of heating in the UK?