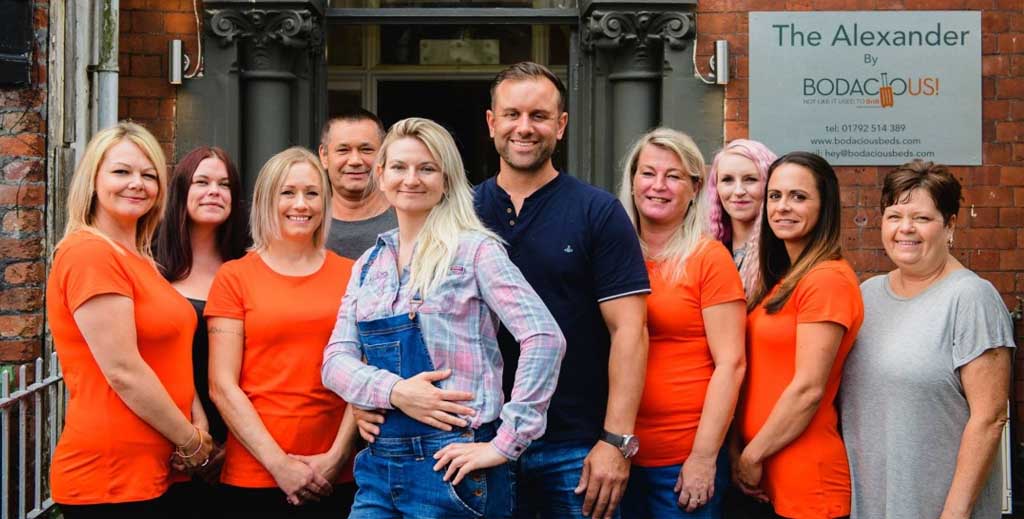 A property investment guru couple who disappeared leaving disappointed participants in their investment schemes puzzled as to their whereabouts have popped up as ‘spiritual’ leaders in Australia.

They were a golden couple who were regulars at networking events and also successfully encouraged investors to part with cash for their business ventures.

Bodacious!, their chain of boutique guest house hotels including the White House hotel in Swansea, was shut down earlier this year.

In a new video just posted on Facebook the couple (main picture) have set out to explain what happened. Says Marta: “We had a big social media following then we decided to play a game of monopoly – we got a hotel – it didn’t end up well.

“We invested £150,000 into a business venture and we had three or four hotels…until the end of last year we were on expensive short-term finance. We were hit by Covid 19 and ordered to stop trading.”

In a separate Facebook post, she explains that she’s also closed down her online women’s investment group. She tells viewers: “We’ve learnt you have a right to walk away.”

Lloyd enthuses that he’s now, “reconnected with my higher self and began working with light beings called the Arcturians”.

His website encourages people to activate galactic frequency codes to “unlock your divine potential and step into the life of your dreams!”

Andrew Burgess, of Property Education Truth Seekers (pictured), says on his latest YouTube video: “Lots of people trusted these two who have now gone on to see aliens.”

Burgess urges investors to think twice before investing in projects touted by unproven gurus like this couple. “Don’t invest, steer clear, keep away from these self-proclaimed internet celebrities,” he says.