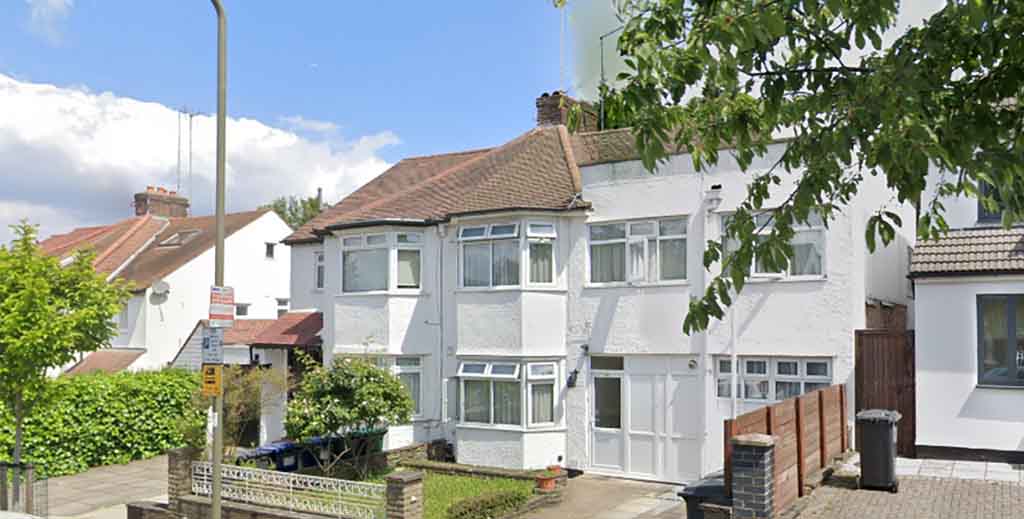 The Court of Appeal has overturned an earlier judgement by a crown court to reduce a landlord’s Proceeds of Crime Act confiscation order from £455,000 to just £270.

The saga began in July 2007 when Kamyab bought a house on Llanvanor Road in Golders Green (pictured, above) for £612,500 to rent out as an investment property.

He contends the five-bedroom property was bought already converted into nine apartments but Barnet council disagreed and in 2010 served an enforcement notice requiring him to re-convert the property back to its original configuration.

Kamyab did not comply with the enforcement notice for three years and in February 2015 he was convicted of breaching planning regulations and fined £10,000 plus £10,000 legal costs.

Barnet then brought a Proceeds of Crime Act confiscation order against Kamyab, arguing that he had benefitted from the property to the tune of £455,414.

But at the POCA hearing in December 2019 a judge reduced this to £270 ‘in error’ by misreading the original court summons served on Kamyab, the Court of Appeal has now said, and linking his decision incorrectly to a similar case in 2017.

Barnet then sought to appeal the original judge’s ruling, and this has now been allowed – a decision how the situation will be remedied will be taken at a later date.