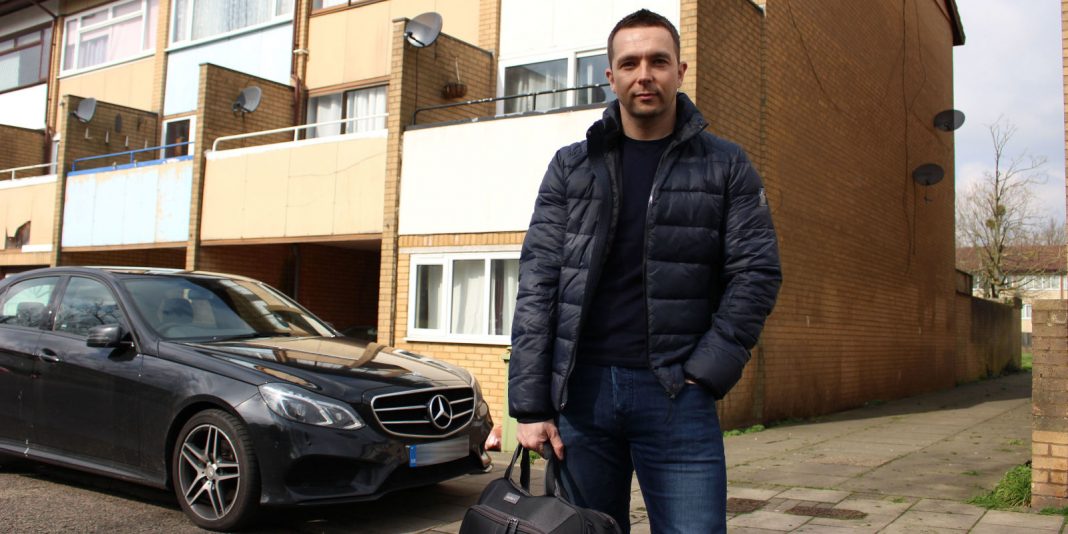 A new BBC documentary series entitled “The Week the Landlords Moved In” has landlords swapping places with their tenants to experience life on the flipside.

The first airing last week showed a wealthy landlord break down in tears after he swaps accommodation with his tenant and experiences for himself, not only the grimy conditions that his pensioner tenant lives in every day, but also living on a low income.

“I pride myself on being a good landlord, and this isn’t an impression I would like to paint.

“I don’t want anybody living in these conditions.

Another landlord featured, millionaire landlord Paul Preston, 40, admitted that he has “expensive tastes” living in a luxury apartment as he does with his personal trainer girlfriend Prea, who he refers to in the show as “Queen P” because of her “craving for luxury.”

Paul has made a fortune dividing homes up into separate bedsits, and renting them out by the room, and just to emphasise the point he calls his business “Success HQ”.

“I like the finer things in life,” says Preston.

“We have a fantastic lifestyle with lots of great holidays. Our outgoings per week come to about £1,500,” he tells the cameras.

Tenant Hayley, 29, lives in one of Preston’s houses, but he gets a shock when he swaps homes with her. Hayley has lived in his Milton Keynes property, which she claims is infested with rats, for the last 18 months.

Preston says in the programme that it is not necessary to know his tenants personally to run a good lettings business, but he soon comes to realise he was not aware of the true situation in his accommodate.

Ween showing her accommodation, tenant Hayley explains: “The walls are covered in mould. The windows aren’t very secure. It looks disgusting. It looks dirty, it looks grubby.” There is a washing line made out of telephone wire says Hayley.

“This house does not feel like a home. To be honest I don’t think my landlord considers us. Probably only sees it as if the room is vacant or full. We’ve got a bit of a rat problem. I think there’s a bit of a large family living in the shed.”

“In respect of the furry family, it is something that happens in built up areas. So there’s obviously a balance of we can fix what we know about.”