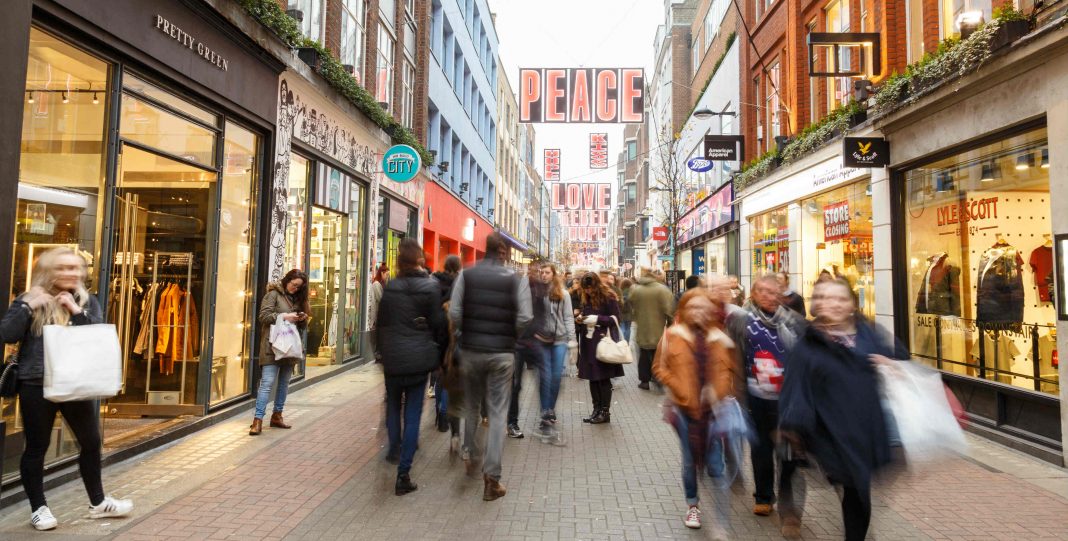 Five years on from its first review of Britain’s high streets, The Grimsey Review 2 has estimated that that around 28,000 retail jobs have gone this year alone, with another 40,000 predicted to go by the end of 2018.

The perfect storm of out-of-town retail, on-line shopping and a polarisation of retail centres is resulting in a crisis on UK high streets. It could result in 100,000 empty shops within ten years and the devastating effects this will have, not just on jobs, but on rent levels for those landlords who own these shops.

The Grimsey Review 2 makes a series of recommendations, chief of which are a re-think by government of the UK business rates system, and a restriction on out-of-town development.

Grimsey and his co-authors say that struggling retailers can no longer be relied upon to prop up ailing town centres and predicts that nearly 70,000 high street jobs will have gone this year.

Bill Grimsey the former Wickes and Iceland chief executive who leads this review says that:

“There is no point clinging to a sentimental vision of the past.

“We have to accept that there is already too much retail space in the UK and that bricks and mortar retailing can no longer be the anchor for thriving high streets and town centres.

“Town centres need to be repopulated as community hubs.”

On an optimistic note, the report says it is still possible to turn things around: it gives Stockton-on-Tees as an example of a regeneration success story, where the stakeholders all worked together to rejuvenate this north-east town.

The report’s emphasis is a move away from pure retail in declining centres, with a focus more on alternatives such as town centre living, including housing, leisure, entertainment, education, arts and commercial office space.

2018 has seen the highest rate of retail store closures since the 2008 recession as bad weather in Q1, and a slow-down in consumer spending on clothing and household goods, hit high streets, when at the same time shopping online is increasing.

Co-author of the report Matthew Hopkinson, a property market analyst, says there are 50,000 empty shops in the UK out of a total of 500,000. His prediction is that this could easily rise from one in 10 to one in 5 empty shops (100,000) within 10 years, if the present trend is to continue.

The Grimsey Review 2 urges The Local Government Association to set-up local town centre commissions, each one tasked with drawing up a 20-year plan. It also recommends the creation of a new national body similar to that of the Scottish Towns Partnership.

Grimsey’s other suggestions include the creation of a commercial landlord register, and giving local authorities the powers to fine owners whose properties are left empty for more than six months. It is also proposed that legislation is needed to allow shops to be converted more readily into homes or community facilities.

Meanwhile, The Housing, Communities and Local Government Committee, which consists of a cross party group of MPs – is set to examine ways to revive ailing high streets, where retailers are increasingly under threat due to financial pressures and the ongoing rise of online shopping.

The committee has invited submissions to an inquiry that will consider what high streets and town centres could look like by 2030, and it said it wanted views on why high streets matter to people and what improvements could be made.

“Our high streets and town centres have an important social, civic and cultural place in our society,” said Clive Betts, the Labour MP who chairs the committee.

“But, many of our high streets are now struggling, facing a range of challenges including the threat posed by online retailers.

“Changing trends and behaviours in recent decades – driven by a range of economic, demographic, social and technological factors – have affected the prosperity and vibrancy of our high streets.”

“High streets are on the front line of the very rapid structural changes underway within the retail sector as consumer shopping habits evolve and online shopping becomes increasingly important.

“But high streets are also suffering as a result of increased costs such as higher business rates in many areas and the living wage, both of which have impacted on retailers’ bottom lines. A more joined-up policy approach from government would help to support high streets and ensure they remain competitive in today’s retail environment.

“The public want their high streets to be dynamic and exciting meeting places that provide much more than just shopping. Retail has an important role to play in creating vibrant town centres, but retail alone is not enough to sustain the dynamism that a good high street needs.

“There are opportunities, even on some of the country’s most challenged high streets, to diversify beyond the traditional retail offer and explore alternative uses. Leisure operators have filled the gap in some areas, particularly prime locations, but new homes and offices as well as cultural and event spaces also have an important role to play in increasing footfall and maintaining the vibrancy of high streets. It is certainly not too late for the high street.

“The report is right to recognise the important role of local authorities in supporting local high streets, and in leading the regeneration of town centres. There are numerous regeneration schemes underway around the country from Altrincham to Edinburgh and Bracknell to Coventry, that go well beyond traditional retail.

“The government must ensure that local authorities have the powers and resources to take control of their town centres and create exciting destinations that meet the needs of their communities.”

Matt has worked in business, politics, academia and journalism. He is a passionate campaigner for community led regeneration. He specialises in shaping strategic communication plans and has previously worked for a former Cabinet Minister and also at the Centre for Public Policy and Management at Manchester University.

Kim is Professor of Services (Retail) Marketing at Edge Hill University. She is also Academic Director of the National Retail Research Knowledge Exchange Centre (NRRKEC) at Nottingham Business School. Kim is passionate about all activities which maximise the impact of academic research on retailing and has worked closely with the Economic and Social Research Council on this agenda. Her personal research focuses on customer engagement in retail.

Bill is a retired retailer with 45 years active experience. During his career he held senior Director positions at Budgens and Tesco before becoming the Managing Director of Park’n’Shop Ltd, Hong Kong’s leading Supermarket Chain. He was also the CEO of Wickes plc, the Big Food Group (Iceland and Booker) and Focus DIY Ltd. He was author of Sold Out “Who really killed the High Street” (2012). He hold s number of non-executive Director posts and led the publication of the first Grimsey Review “An alternative future for the High Street” in 2013. In 2015 he was awarded an Honorary Doctorate in Business Administration by the University of South West England for his contribution to retailing.

Matthew has worked in retail and property data for over 20 years of which he spent nine years establishing The Local Data Company as the ‘go to’ source for what is happening in Britain’s retail places. He has worked extensively with retailers, landlords, investors, local authorities and BIDs for many years.  In 2018 he co-founded DataIntel, a company that advises on data assets implementation, optimisation and monetisation. He is a Visiting Professor at University College London.

Eva pioneered ecommerce in UK, as the first Director for Ecommerce for Arcadia Group and has accumulated 20 years of experience in e-retail technologies. She developed the first fashion web shop for Topshop and created omnichannel formats for the UK and more recently, European fashion chains. In her role as Ecom/Shopify Plus Director at The Retail Practice she supports digital growth of young online fashion brands. Eva also invests in digital fashion start-ups and provides advice on Crowdcube fundraising. She contributes as ecommerce adviser for a number of UK charities and serves as Digital Industry Partner for Middlesex University (London)

Jackie has 30 years’ experience in property development and urban regeneration, specialising in public-private sector partnerships.  She is founder and Chief Executive of UK Regeneration (UKR), developing new models of housing delivery, currently seeking to regenerate a market town and bring forward 1,500 homes on a large scale site in Bedfordshire.  From 2014 to 2016 she was Adviser to Greg Clark, Minister for Cities and then Secretary of State for Communities and Local Government.

Chris worked in local government for over 30 years during which time he had senior roles in regeneration, planning and social and economic policy. He was formerly Director of the Regional Centre for Neighbourhood Renewal and regeneration consultant to several local authorities. Most recently he has worked as Development Director for Lee Valley Estates with the responsibility for the delivery of  Hale Village a large mixed use development in North London.

“Save the High Street” campaign, a failure…